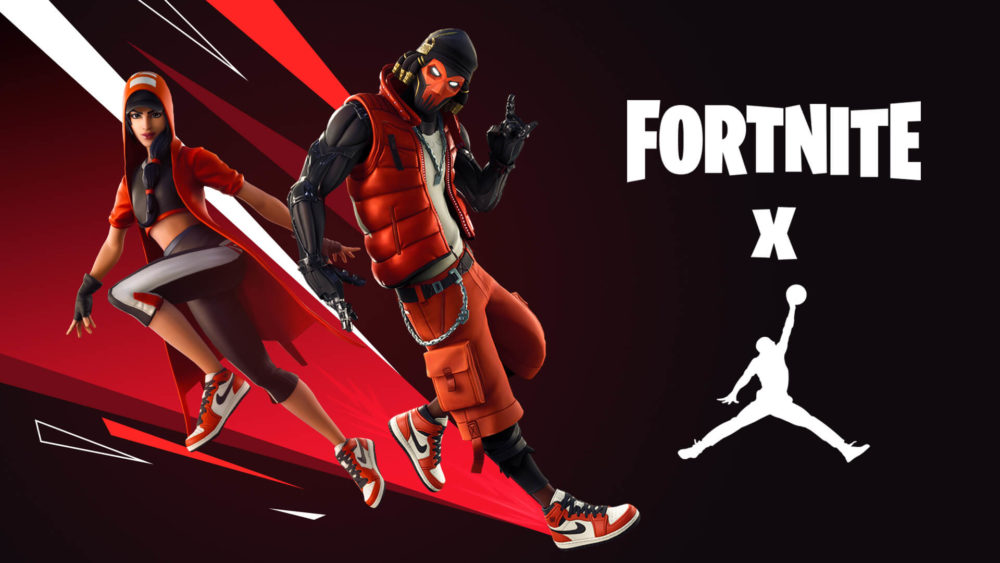 Epic Games revealed the patch notes for the 9.10 update coming to Fortnite today with a new event and new feature for Battle Royale.

While Fortnite just ended an event collaborating with the John Wick 3: Parabellum movie earlier this week, the latest limited-time mode is all about Jordan-branded gear.

The Downtown Drop event takes place on a Creative map where the objective is to “launch off massive jumps, grind down city streets and collect coins to win.” The event launches alongside the Hang Time bundle, which offers two outfits and a challenge pack for each set.

The other big change with the 9.10 patch is the addition of Hot Spots to Battle Royale. Hot Spots are areas on the map that contain flying “Loot Carriers” that hold higher quality weapons.

The Hot Spot locations will be marked with gold text with a minimum of one per match with a chance of up to three. Each Hot Spot guarantees between 12-16 Loot Carriers that will “drop a weapon of Rare or higher quality along with two stacks of ammo.”

The new feature is similar to the “Hot Zones” mechanic from Respawn Entertainment’s Apex Legends, which marked a random town with a blue circle indicating high-tier loot could be found.

It is not the first time that Fortnite has perhaps cribbed a feature from the other battle royale title, such as the Reboot Vans introduced last month.

The 9.10 patch notes also contain a list of other changes for Battle Royale, Save the World, and Creative mode.