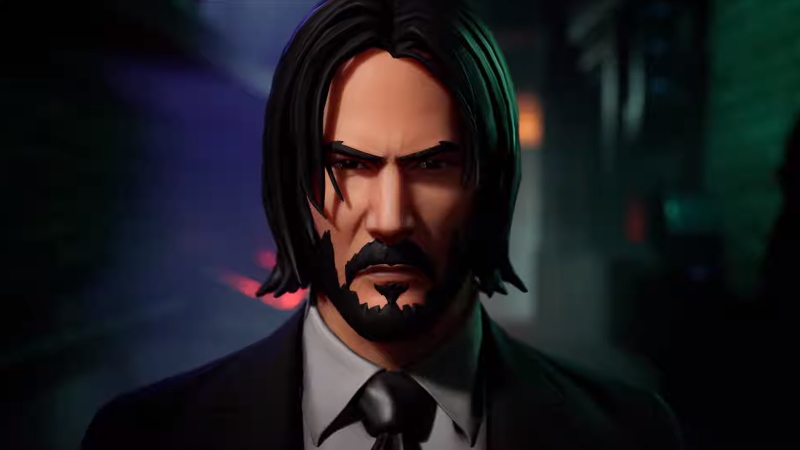 Fortnite is promoting the John Wick 3: Parabellum film, currently in select theaters and opening May 17, with an official John Wick skin, a themed limited-time mode, and other free cosmetic items.

The new limited-time mode is called Wick’s Bounty where teams fight over golden tokens with limited lives. Every player starts with four tokens and three lives, and eliminating a player with take that player’s collected coins. Players with too many coins will be shown on the map for the other team to target.

The new mode comes with a set of free challenges that reward a black One Shot Glider, black Boogeyman Wrap, Gold Token Back Bling, and bonus XP.

There is also selling an official John Wick skin in the in-game store for 2,000 V-Bucks, a sledgehammer pickaxe for 500 V-Bucks, and the Assassin weapon skin for 300 V-Bucks. Check all the new items out in the images below.

Fortnite had released a John Wick-inspired skin called The Reaper as part of the final reward for the Season 3 Battle Pass, and even acknowledge the similarities in the trailer below.

Epic Games is also promoting the action-oriented strategy game John Wick Hex, exclusive to the Epic Games Store on PC, in the Epic Mega Sale with a huge discount to pre-purchase for $7.99.