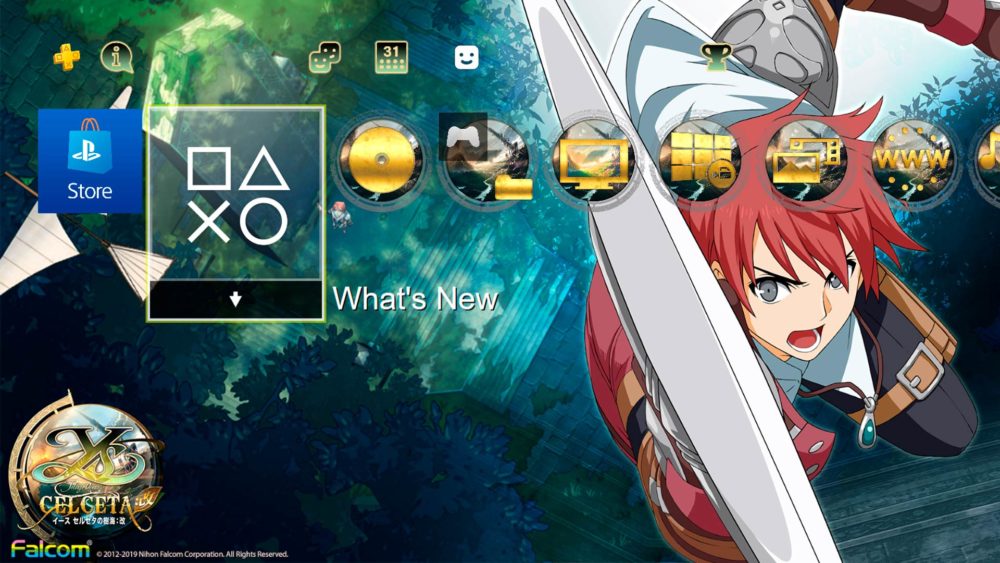 Said treat is in the form of a free PS4 theme dedicated to the game, which can be downloaded from the Japanese PlayStation Store.

While the theme is static, featuring the series’ traditional and beloved protagonist  Adol Christin, it comes with custom icons and its own background music. If you know Nihon Falcom games, you know that their music is awesome, and this isn’t an exception. We get “THEME OF ADOL 1993” from the game, and it rocks!

As for the artwork, you can see it in the gallery below.

Do keep in mind that you need a Japanese PlayStation Store account to download and install the theme, but afterward you can use it with every account on your PS4, as long as the console is set as primary.

If you care for PS4 themes, you can check a few more released as of late. One is tied to the recent God of War game, another to the debut of the last season of Game of Thrones, while the third is a monthly theme from Nippon Ichi featuring its cute Disgaea characters.

Ys: Memories of Celceta: Kai will release for PS4 in Japan on May 16. No western launch has been announced for the moment.