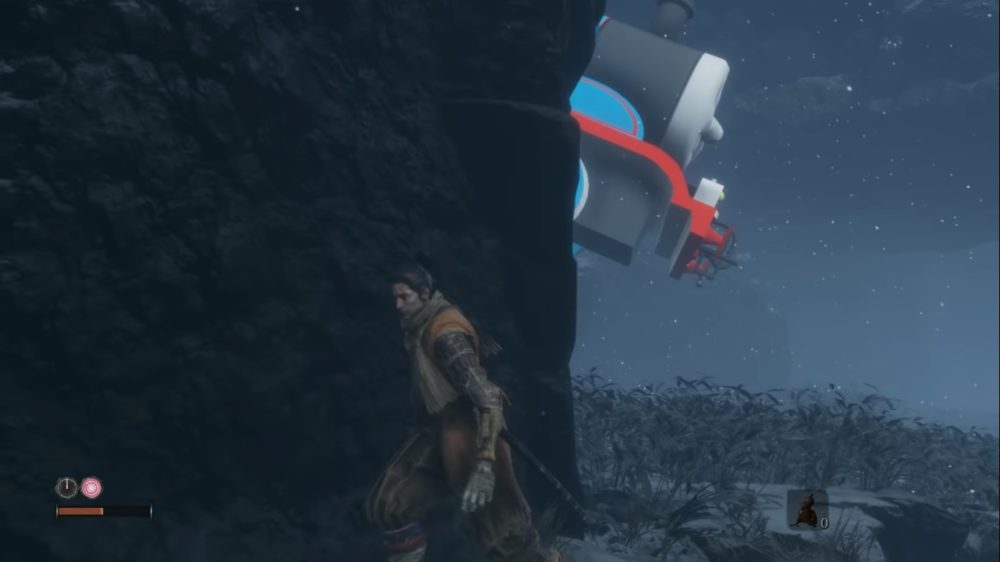 A lot of people seem to have trouble with the Great Serpent sections in Sekiro, but would it make it easier(or harder?) if that giant snake was a cartoon train instead?

YouTube user katalash posted a video of the Thomas the Snake Engine mod that replaces the Great Serpent with a flying Thomas.

As far as mods go it’s something of a tradition to work Thomas in somehow, like the famous Skyrim mod that replaces all the dragons with various tank engines from the show, and it wasn’t that long ago that he replaced Resident Evil 2’s Mr X.

katalash’s video, which you can watch below, is just a little over two minutes long, but that’s all you really need to see the full extent of Wolf’s engine-battling adventures.

As Wolf explores the valley cliff sides of the Ashina Outskirts, an ominous toot can be heard in the distance. It’s not long before, where in the game the Great Serpent would round the corner in a jaw dropping reveal, we’re instead treated to the sight of the Really Useful Engine’s uncanny grin looming over us.

Thomas’ blocky body is mapped to the Serpent’s head, so where he usually spends time slowly looking around and sniffing you out, Thomas just sort of spins around in mid-air while occasionally tooting.

The best part has got to be the eye-stab though. An airborne, flailing train filled with bloodlust is equal parts terrifying and hilarious. Even more so because he never stops smiling.

You can encounter the Great Engine a few times throughout the game, so you’ll have a few chances to see him in action.

If you want to try your hand at stealthing and stabbing a train, the Thomas the Snake Engine mod can be found on nexusmods. For more Sekiro mods, check out our list of some of the best mods you can’t play without.