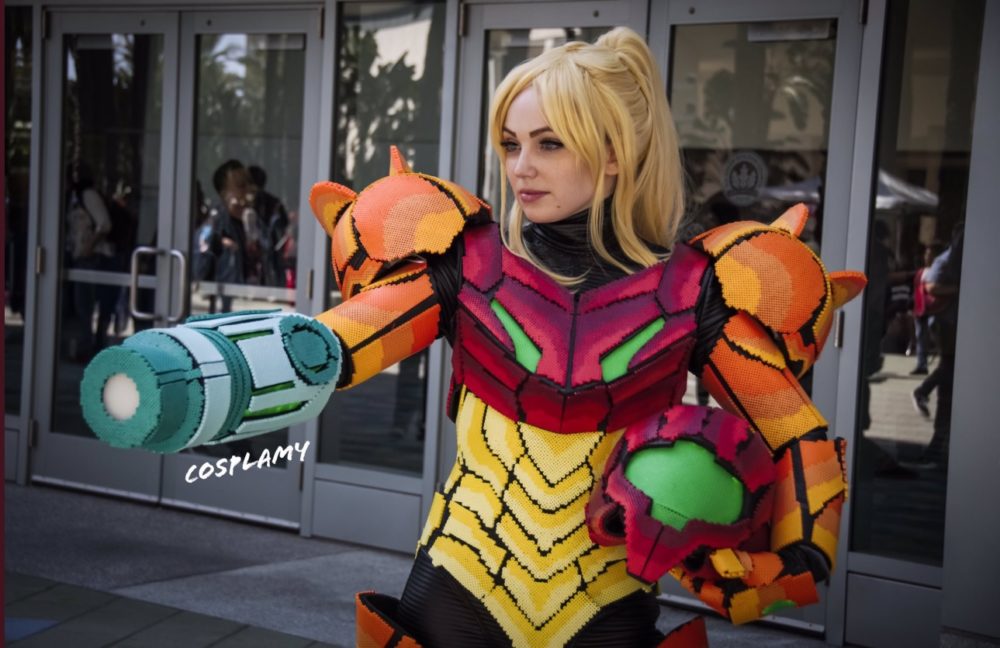 If there are levels to the cosplay game, Amy ‘Cosplamy’ Spence just aced Ridley’s lair and is about to blow the ugly dragon apart. Her cosplay of Metroid’s Samus Aran is totally brilliant, with a pixelated design that makes it look as though she’s been pulled right out of the 16-bit game.

Spence attended WonderCon this weekend past, which was the first opportunity she’s had to don her Samus Van cosplay made from fuse beads. It’s those fuse beads that give the outfit its distinctive retro, pixelated look. The outfit took her six months to make, according to one WonderCon attendee that replied to Spence’s original tweet.

The outfit proved so popular that it was used in the LA Times as a feature image for their coverage of the WonderCon event.

Check out another image below:

Cospalmy lives and breathes the cosplay life, so head over to her Instagram or Twitter page for more awesome outfits. She’s done several others using the bead effect.

Elsewhere in the cosplay world, fans of Final Fantasy XIV lit up the Tokyo FanFest event the other with their awesome cosplay outfits. They were judged by a panel of developers, previous winners, and Square Enix President Yosuke Matsuda himself.