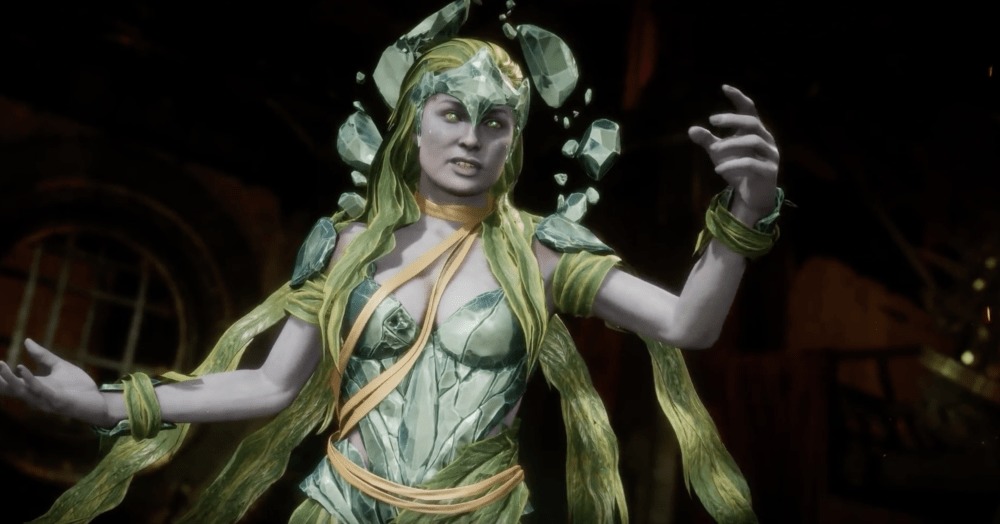 NetherRealm has released a new Mortal Kombat 11 trailer and in it, the reveal of the newest fighter to join the line-up, Cetrion.

With quite a lengthy reveal trailer, coming in at 2 minutes and 25 seconds, Cetrion is the latest fighter revealed in the roster list of the upcoming Mortal Kombat 11. From the looks of it, she seems to be a great fighter from a range, allowing players to transition their distances from opponents with ease.

The trailer begins with Cetrion stepping into the spotlight, revealing her otherworldly effect on the the world of Mortal Kombat. Beneath her steps grows alien-like vegetation and soon after, we learn that her character relies almost exclusively upon these otherworldly elements.

Not waiting a second longer to get into the gameplay, the reveal trailer shows Cetrion fighting a number of opponents. She utilizes a few elements of nature, especially rocks.

We see Cetrion hurl rocks at her opponents, use vines to yank opposing fighters straight to the ground and even freeze her enemies with a Sub-Zero-like crystal attack.

Most of these moves happen from a distance so it seems that Cetrion will be best used as a ranged fighter, although a few moves in the trailer showcase exactly what happens if you get just a little too close to her.

As is usual for these reveal trailers, players get a look at her finisher, which sees Cetrion engulfing her opponent in stones. With the opposing fighter firmly planted in place, Cetrion grows to tower over the earth where she shoots some kind of laser beam out of her mouth to complete decimate the fighter below.

You can check out the finisher, and the trailer in its entirety, below:

If you’re interested in Mortal Kombat 11, check out some of our other stories about the game below: