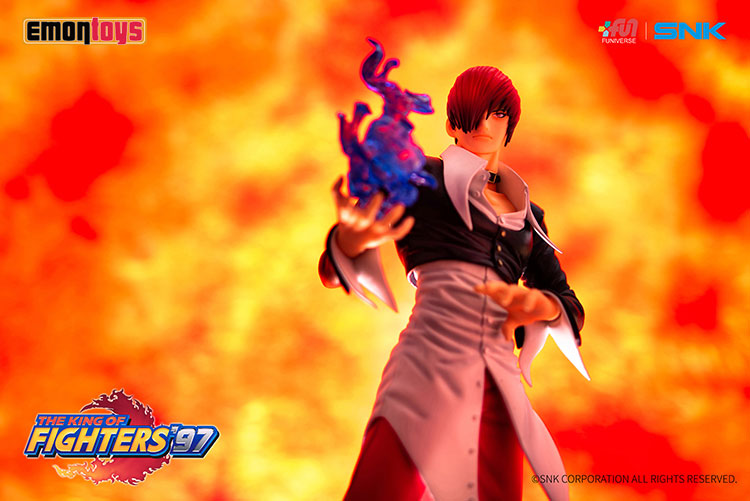 While SNK is currently focused on reviving the Samurai Shodown series, here is a treat for long-time fans of The King of Fighters franchise.

Tokyo-based Emontoys released a rather spiffy figure portraying Iori Yagami, but not any Iori Yagami. It’s the version from all the way back to The King of Fighter ’97.

Sculpted by Yuuki Ishiyama and painted by Hiroto Tanimoto, it comes in 1/8 scale for 260 mm in height. Iori Yagami is quite tall, after all.

If you want to see what the figure looks like, you can find a full gallery below.

If you’re interested in figures from fighting games, but you’d rather have something a bit more modern, you can also check out Android 21 from Dragon Ball FighterZ, which was revealed a little while ago.

That being said, speaking of SNK, I can’t wait to see if we’ll get some figures of the new Samurai Shodown. I’d definitely be down for one portraying the brand new character Darli Dagger. I have a feeling that she’ll look awesome.

Incidentally, if you want to play The King of Fighter ’97, it’s currently available for PS4, Nintendo Switch, and PS Vita.