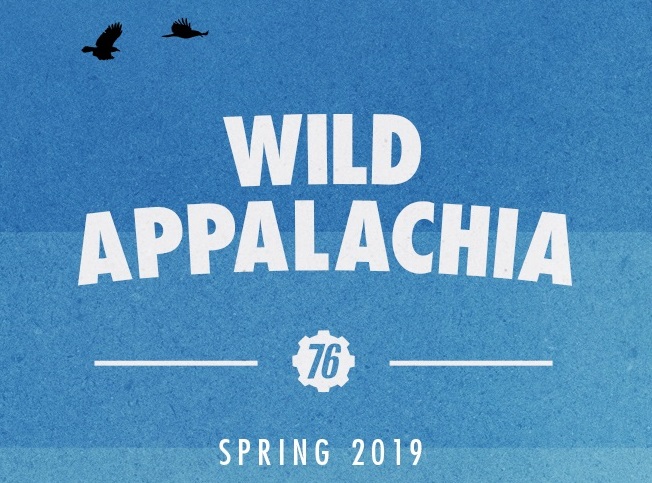 While Bethesda has been working diligently to squash the multitude of bugs plaguing Fallout 76 (often causing new problems in the process), the game has yet to see the release of much substantial new content since launch. Bethesda seeks to change that with the release of today’s new “Patch 7”.

The first wave of “Wild Appalachia” (the rollout of a number of large updates this spring) begins with Patch 7, promising players new “quests, features, events, crafting systems and more”. Highlighting this first round of new content is the Brewing and Distilling addition, which comes along with an all-new quest line entitled “Wasted on Nukashine”.

In addition to these brewed delights, the new patch contains a creepy new Seasonal Event Quest involving West Virginian folklore, updates to the UI making active challenges easier to track, and, of course, a long list of bug and balance fixes. You can find the full patch notes here. Notable items include fixing legendary creatures to “always” dop legendary items (something players have been eagerly awaiting), and the intriguing new addition of craftable radios.

Wild Appalachia marks the first stop on Bethesda’s recently released roadmap detailing new content to come throughout 2019. In spring alone, Fallout 76 players are promised to see the arrival of new features like a reworked camera to enhance the in-game photomode, and a legendary vendor hidden somewhere in the world. New quests are also in the works involving unseen “encryptids” and unknown locations on the far fringes of the map. And finally, a new, less restricted PvP “survival” mode first announced in December of last year is promised to arrive this month.

Patch 7 weighs in at approximately 13.7 GB for PC and 20 GB for consoles, and is now live to download. Check out the image below to view the rest of the new Wild Appalachia content coming to Fallout 76 over the next couple months. Below that, you can get a glimpse of the action that awaits you in the official new gameplay trailer.