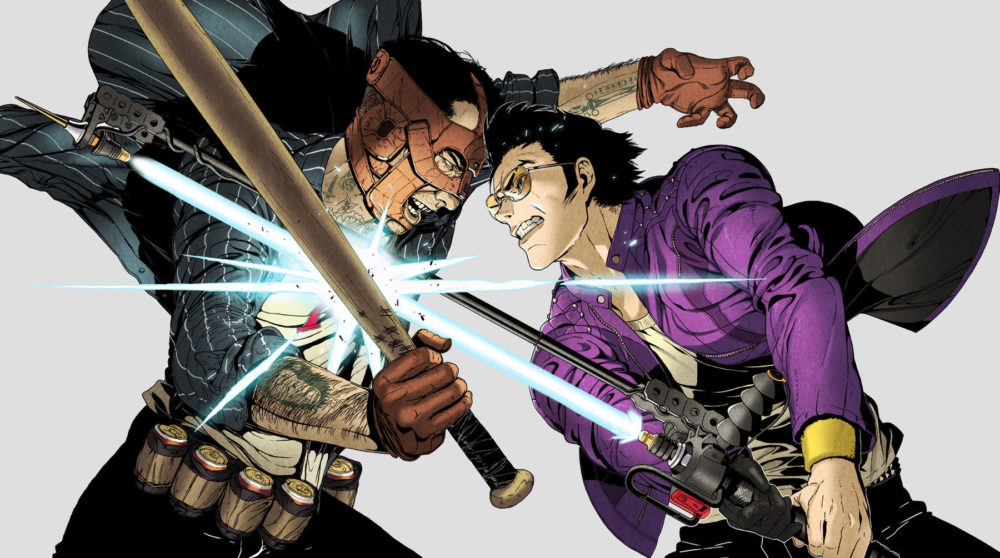 Goichi Suda, Suda51, known for his eccentric, zany, and just plain odd video games such as No More Heroes, Lollipop Chainsaw, and Killer7, spoke to Gamesindustry on the development, mixed reviews, and potential for a sequel related to Travis Strikes Again.

Suda51 and his team over at Grasshopper just recently released Travis Strikes Again: No More Heroes on the Nintendo Switch, exclusively. This entry in the hack-and-slash action series served as sort of half-step for the story, taking place after No More Heroes 2, but in a different timeline apparently.

Currently, on Metacritic, the game is sitting at a critic score of 67 based on 72 total reviews. You can see that the reactions to the indie-centric action game were quite mixed, with reviews ranging from the low 40’s to the high 90’s. And it turns out that Suda himself knew that this was going to happen:

“In the process of making Travis Strikes Again I expected it would cause an extreme ‘love or hate’ reaction,” Suda51 states. “I was expecting that.” He continues:

However, I decided not to shift my focus further towards the market trends and instead focused on what needed to be done with this team. In doing so, we strengthened the team and that suited the philosophy of Grasshopper as a company.”

Suda further addresses the potential for a sequel, and if one were to happen, the core elements of the development would not alter, even after noticing the mostly negative reviews that Travis Strikes Again has received:

“I can’t disclose too much about our next title, but it may be a sequel. The core element will not be changed. I like the strength and dynamic of the team we’ve created; everybody has their opinion on how things should be done and can even say no to me. I really like this working environment and feel we should do it again with the next title.

“They have become more used to myself and the production team… and that makes the team stronger.”

Whenever No More Heroes 3 gets announced, I will be all for it. Suda’s been teasing a proper sequel for some time now and it’s really starting to get frustrating. Just give it to us already, Goichi! It’s what we’ve all been waiting for.

For more on Travis Strikes Again: No More Heroes, you can read our glowing review on the stylized beat-em-up right here. We also have a handy wiki guide for those struggling with the Switch game. We have boss tips, unlockable guides, and more details right here.