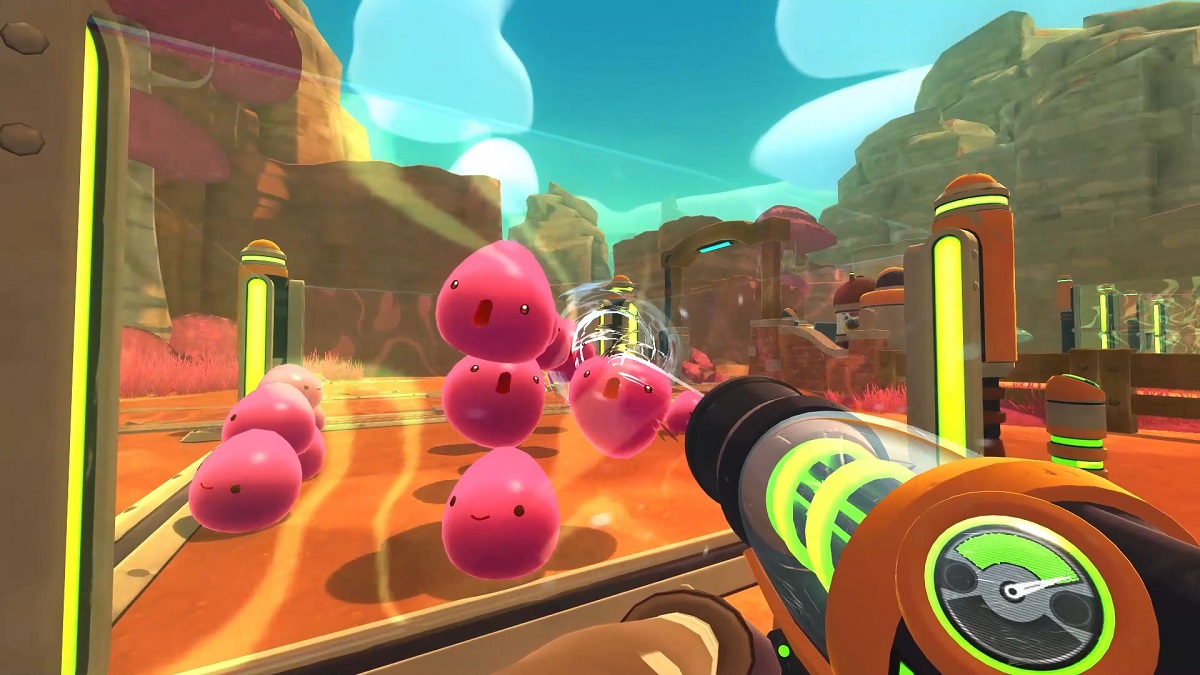 The bi-monthly series of freebies on the Epic Games Store continues with Slime Rancher. The cute first-person game in which you wrangle slimes is free on Epic Games’ storefront between Mar. 7 and Mar. 21.

Slime Rancher follows Beatrix LeBeau, a “young rancher who sets out for a life a thousand light years away from Earth on the ‘Far, Far Range’ where she tries her hand at making a living wrangling slimes.”

The game leans more towards being a chill, relaxed sandbox experience, where you oversee the ranch passed on to you. You won’t just be chasing down adorable slimes, corralling them and experimenting with hybridization, though. Crops also need to be grown, the new home planet needs to be explored, and other farmers will require your help.

Slime Rancher offers three game modes. Adventure is the standard mode that also contains most of the story. Casual is the most relaxed of the three, in which hostile slimes do not spawn, while Rush gives players three days to earn as much of the game’s main currency as they can.

As tradition dictates, the Epic Games Store has also revealed the free game that will follow Slime Rancher. From Mar. 21 until Apr. 4, side-scrolling adventure game Oxenfree will be made available at no cost to everyone on Epic Games’ digital storefront.

In our Oxenfree review, back when it originally released, we found it to be “a compact, fresh experience that introduces lovable characters, a phenomenal soundtrack, and one of the no doubt dopest endings this year.”. While Slime Rancher is free, if farming and slimes aren’t up your alley, it might be worth marking Mar. 21 in your calendar.