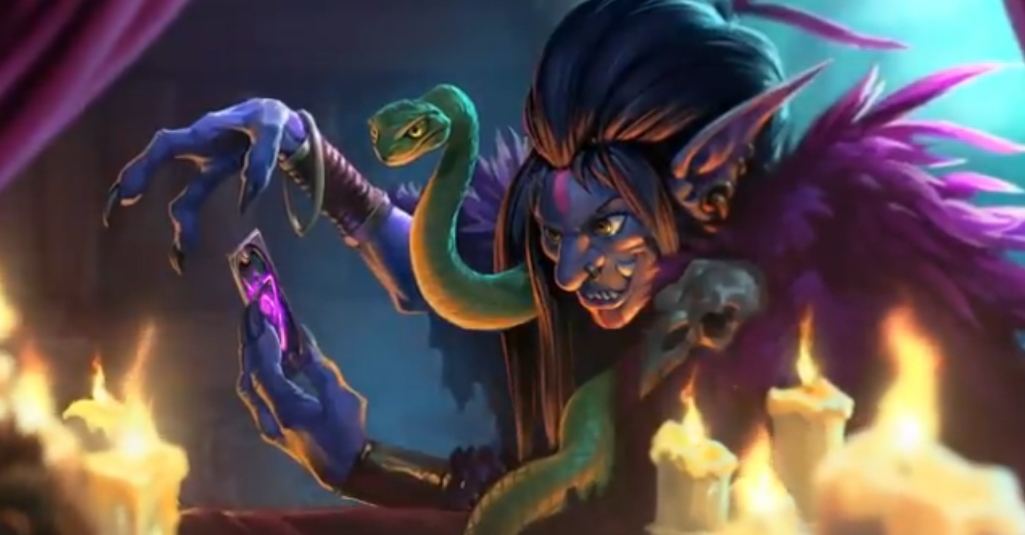 Today, the official Hearthstone Twitter account tweeted out a teaser video that has left many fans on social media excited and confused.

The video features the female troll from videos introducing the Whispers of the Old Gods expansion back in 2016. Here’s a transcript of her narration in this new video:

“One night, I was called onto scry, but what is this simple I spy? It’s my own crystal ball, yes, I’m answer the call, and the others will come by and by. That’s right, we be callin’ a team in; the masters of plottin’ and schemin’. By this candle a-glowin’, I surely be knowin’, who’s gold will be once more a-gleamin’.”

At the end of last month, Hearthstone revealed details for the Year of the Dragon. Part of this blog post explained that the Arena draft pool will begin rotating twice every expansion, with the first rotation of the year containing Basic, Classic, Curse of Naxxramas, Whispers of the Old Gods, Mean Streets of Gadgetzan, The Witchwood, and the first expansion of this year.

This teaser could be foreshadowing this change, it perhaps it’s something else? While no details are confirmed yet, we do know that many exciting new changes are coming to Hearthstone very soon.

A team of plotters and schemers is being formed, but what is their purpose? pic.twitter.com/HP9NRwjWhU

We’ll be sure to cover all of the upcoming news that Blizzard brings to Hearthstone in the near future.