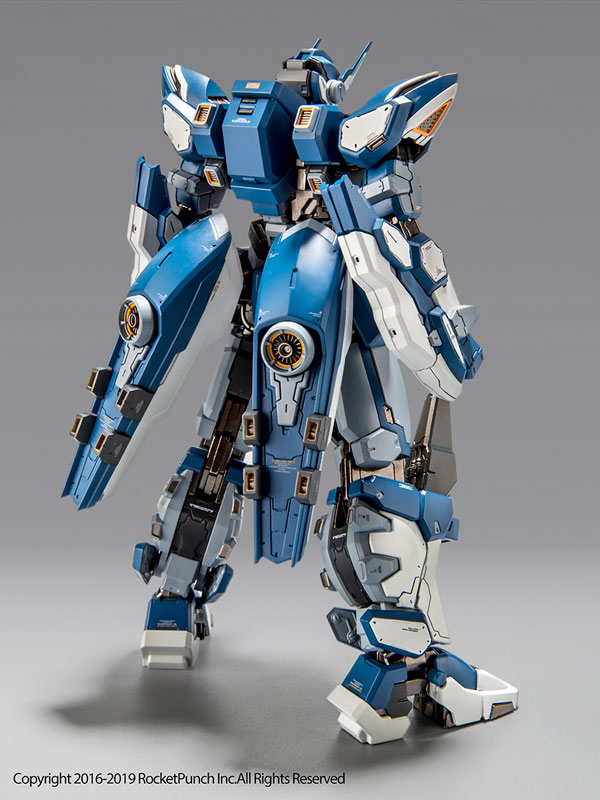 Hardcore Mecha is one of the upcoming games from Sony Interactive Entertainment’s China Hero Project, and its mecha design is absolutely top-notch. Soon, fans will be able to own a piece of that.

We reported a few days ago about the super-cool figure by CCS Toys portraying the hero mecha MFX-20T Thunderbolt [S], and it’s finally available for pre-order at several retailers.

The figure is fully posable and is made mostly of die-cast alloy and PVC. It’s 18 cm tall, and it includes a beam rifle, two energy blades, a shield, and a sword. You can see what it looks like in the extensive gallery below.

It’s definitely a great display of Hardcore Mecha’s lovely robot design, which you can see in the latest trailer released during the recent China Hero Project showcase, and featuring the single-player campaign.

If you’re unfamiliar with Hardcore Mecha, it’s a 2D action-game focusing on robot battles by Chinese developer RocketPunch Games. You may also know it with its original title Code: Hardcore, which was changed about a year ago. It’s coming this year for PS4 and PC.