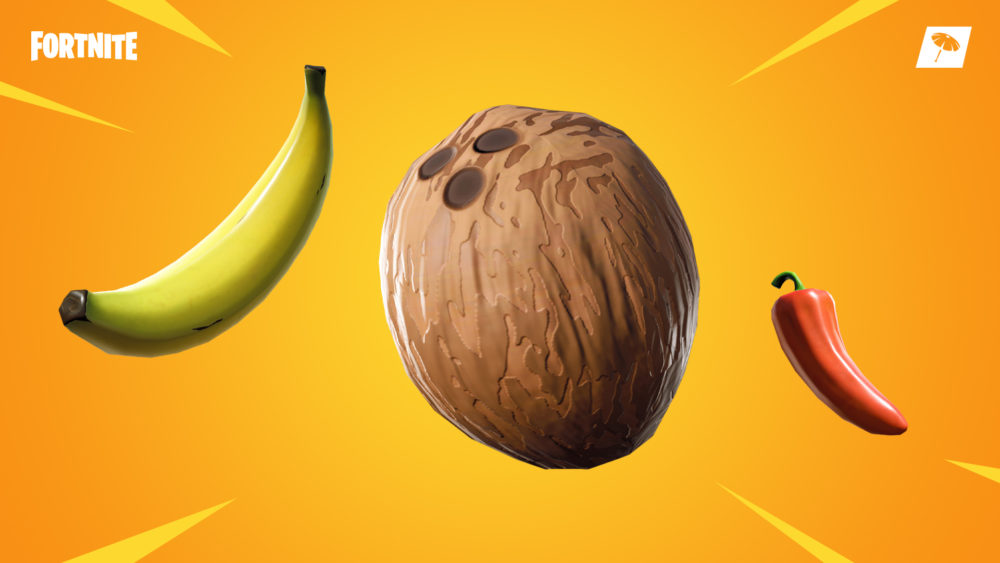 Fortnite studio Epic Games revealed the patch notes for the 8.20 update coming to the game today, adding new weapons and items for both Battle Royale and Save the World modes.

Battle Royale received a few new items with the update like the Poison Dart Trap, which can shoot poisonous darts at enemies and decrease up to 80 health without touching shields.

Players can also find new foods around the island to consume with bananas, coconuts, and peppers. All can replenish health, but coconuts can also replenish shields and peppers can increase movement speed by 20% for 10 seconds.

The Baller vehicle introduced with the 8.10 update has undergone a few changes. The giant hamster ball can no longer cause damage by bumping into enemies, but can still be knocked back.

Epic Games said it plans to further change The Baller in the 8.30 update by allowing players to shoot through the glass, though non-glass parts of the vehicle will still block bullets.

The Fortnite 8.20 update also introduces the “Floor is Lava” limited-time event, which causes lava to slowly rise up until it covers the entire map. Players will be able to build on the lava, and receive a smaller number of building materials every second since it will be hard to gather materials when the entire map is filled with lava.

Save the World mode introduces the “Yarrr!” questline with the 8.20 update containing pirate-themed rewards such as Blakebeard the Blackhearted hero, the Corsair Sword, and Jack’s Revenge Pistol. Players will be able to find one map per zone that leads to treasure, while also buying Pirate Llamas for 500 Spring Tickets each. Check out the official patch notes for the full list of changes and fixes.