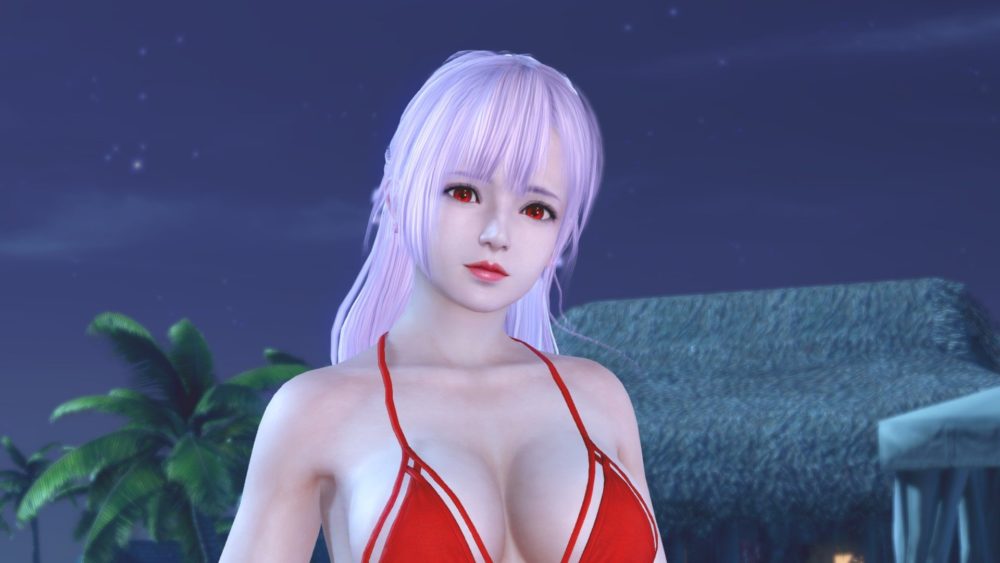 Today is April 1 in Japan, and Koei Tecmo and DMM just joined the pranking fray with their free to play game Dead or Alive Xtreme: Venus Vacation.

A new “event” turns one of the newly-added girls – the sweet princess Fiona to be precise – into a cute zombie. Not only they released a trailer showing her new look, but they also changed her in the game itself.

Of course, given the nature of the title, she hasn’t been turned into some kind of monster. Her skin is grey, a touch of eerie red eyes, and a hint of crimson lipstick to the trick. She’s still a cutie even as an undead.

The most interesting part of the event is that if you log into the game today, you get a free roll at a new SSR outfit, which can also unlock Fiona if you don’t have her. She’s most likely to turn back to normal tomorrow anyway.

You can check out the trailer of the event below, and see if you like Fiona’s temporary look. Incidentally, do keep in mind that Fiona is only available in the Japanese version of the game. The recently released English version on Steam doesn’t include Fiona just yet (and probably won’t for several months), so this event simply isn’t happening on that one.

Speaking of Fiona, the gacha with her stretchable outfit released earlier this week is still available if you want a chance to grab it.

If you’re not familiar with Dead or Alive Xtreme: Venus Vacation, it’s available exclusively for PC only at the moment.

If you’re more interested in console games, you can check out the latest trailer of Dead or Alive Xtreme 3: Scarlet, which has recently been released for PS4 and Switch.