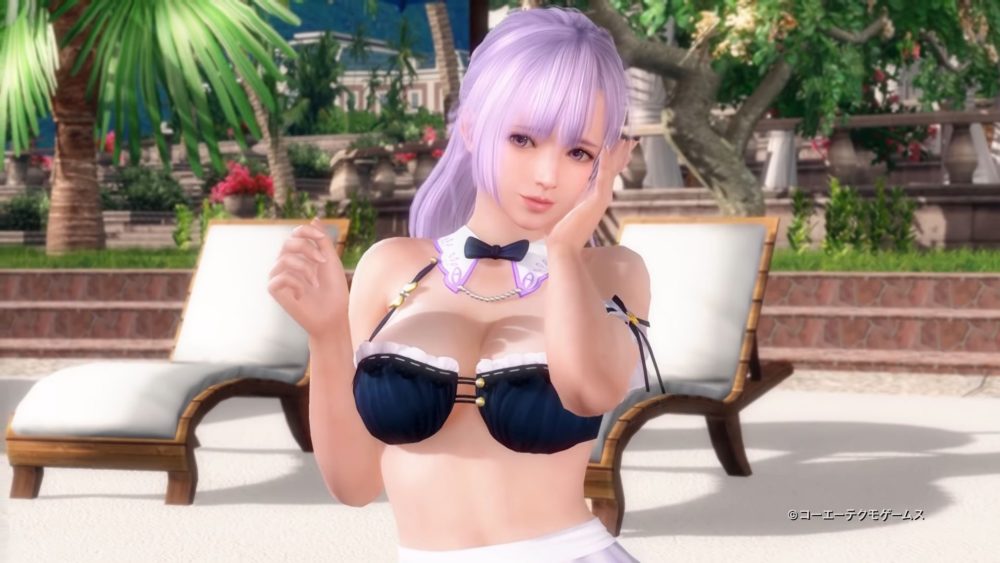 Today the Japanese version of Dead or Alive Xtreme: Venus Vacation had an update bringing back stretchy costumes to its gacha.

Incidentally, since an English version of the game has been released on Steam, from now on we’ll label news dedicated to the Japanese version in the headline as “JP” so you’ll know which one we’re talking about at a glance. The English version is basically reset all the way back to the state of the game at the Japanese launch, so they’re likely to go separate paths in the future as well.

Back to the update, it features two relevant gacha. The first includes a new SSR stretchy costume for Fiona, while the second brings back those released a while ago for Tamaki and Misaki.

By “stretchy” costume, I mean that you can basically use your mouse to stretch it a bit out of place. If you want to see what I mean, you can check out a trailer here. Do keep in mind that it’s rather unsafe for work.

On top of that, the update also brought a ton of freebies linked to a recent livestream. Those include the following:

This means that you get two guaranteed SSR costumes, and the March ticket lets you draw from a special pool from the previous event gacha.

Incidentally, the paid gacha celebrating Honoka’s birthday is still available, if you have some money to burn with abysmal SSR percentages.

If you’re not familiar with Dead or Alive Xtreme: Venus Vacation, it’s available exclusively for PC only at the moment.

If you’re more interested in console games, you can check out the latest trailer of Dead or Alive Xtreme 3: Scarlet, which has just been released for PS4 and Switch.