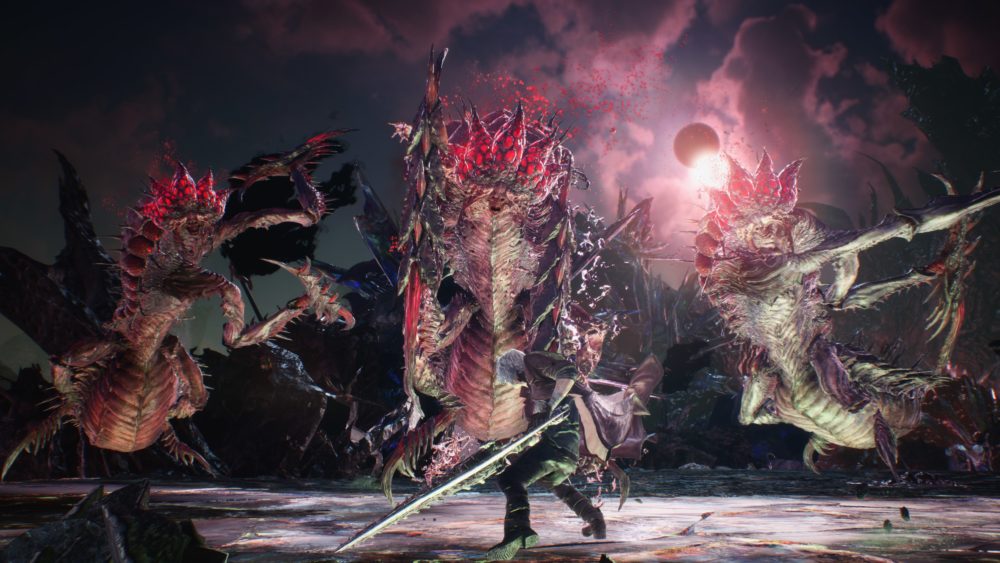 If you thought that Devil May Cry 5 already had enough smokin’, sexy, and stylish combat to last you for a lifetime, then think again. Capcom has just announced a new survival mode for the game titled “Bloody Palace,” that will be coming via a free update very soon.

According to the press release, “Bloody Palace is a survival mode that pits you against hordes of increasingly difficult enemies and bosses whilst racing against the ticking timer. Play as Dante, Nero or V in Bloody Palace Mode through multiple levels of enemies and truly test your SSStylish skills.”

Bloody Palace will be coming on April 1, a little over two weeks. And no, this is not an April Fools joke.

Devil May Cry 5 is now available for PS4, PC, and Xbox One. We here at Twinfinite absolutely adored the game, praising its combat, the three campaigns that are totally different from one another, and its gorgeous visuals.

If you’re playing through the game now, make sure to head on over to our wiki guide on the game right here, we have tons of information that will help you out on your playthrough.

You can check out some screenshots of the Bloody Palace survival mode down below: