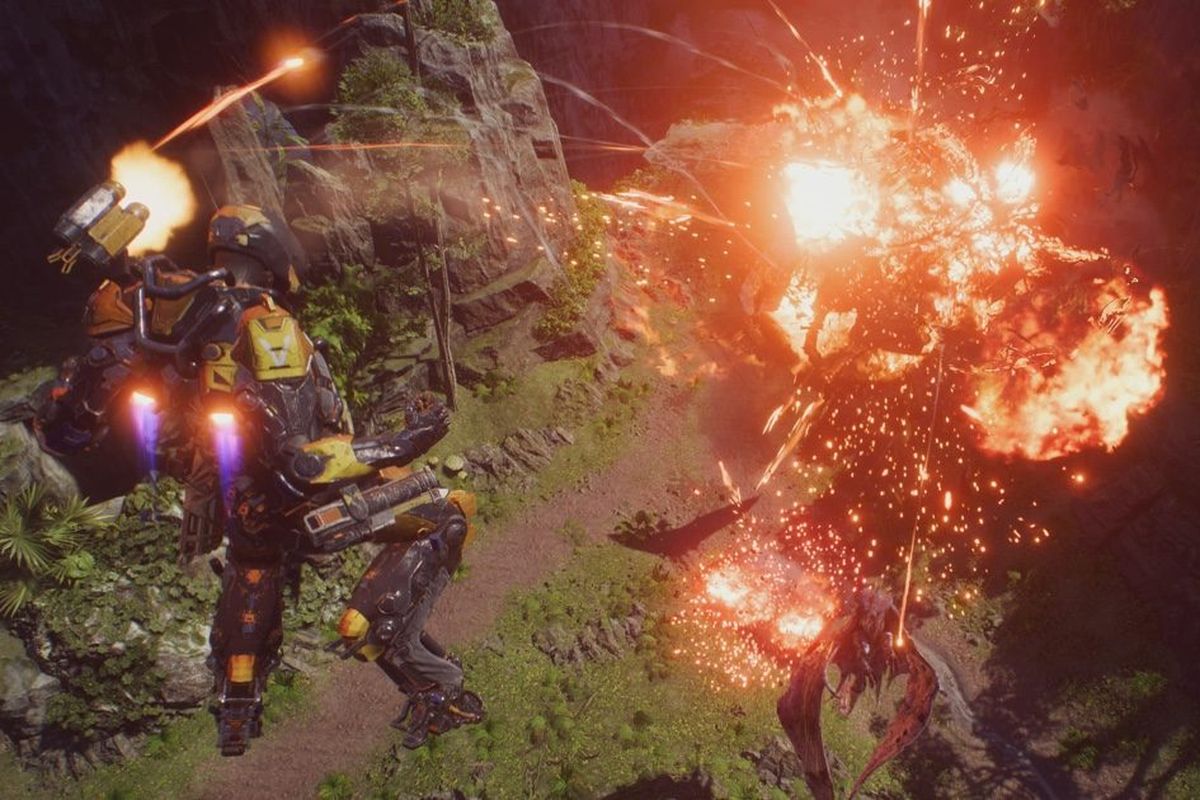 After a bug in Anthem that causes some PS4’s to crash was discovered this week, yet another problem has been found with EA BioWare’s looter-shooter and this time, it affects weapons.

In a game like Anthem, it’s important that players are drawn back into combat with a constant stream of loot in an effort to obtain the best gear they can. What if it was discovered that the best weapon in the game wasn’t a masterwork gun that might have taken hours and hours to see drop but was instead, the very first gun you use in the game?

Well, Redditor YeetLordSupreme posted some findings on the official Anthem subreddit that seem to indicate that the level one Defender assault rifle is better than any other weapon you can get in the game.

According to YeetLordSupreme’s findings, which were corroborated with gifs from other players that showcase this finding in action, the level one Defender weapon can take down enemies faster than any other weapon in the game, including a level 45 masterwork rifle, Ralner’s Blaze.

In their test, YeetLordSupreme found that one bullet from the Defender does 286 damage against a normal Scar trooper. Ralner’s Blaze does 1184 damage per bullet against the same type of enemy.

With these numbers, one might assume that Ralner’s Blaze is significantly better at taking enemies down than the Defender, but that’s not the case.

Using Ralner’s Blaze, it takes six bullets to kill a Scar trooper. The Defender, on the other hand, kills that same type of enemy in four bullets.

In the Reddit post, YeetLordSupreme surmises two conclusions: the default level 1 assault rifle known as the Defender is bugged and the damage numbers that pop off above an enemy when shooting them do not accurately reflect the damage being done.

While EA has not responded to this discovery on official channels like Twitter, BioWare Technical Design Director Brenon Holmes responded on Reddit by saying that something isn’t right.

As of right now, the Defender still behaves this way in Anthem, but that might change soon considering it’s clearly not supposed to put out damage like that, at least according to Holmes.

If EA or BioWare address this beyond Holmes’ Reddit comment, we’ll be sure to keep you updated.

If you’re interested in reading about our thoughts on Anthem, check out our official review.