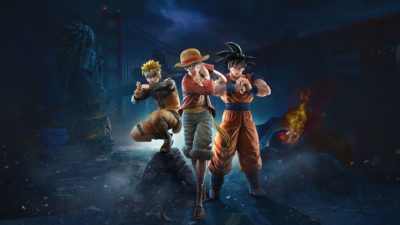 Jump Force is something both fighting game fans and anime fans have always wanted: a huge crossover fighting game featuring characters from a variety of series. With its own story that brings the worlds and characters together, it’s sure to be an amazing spectacle.

To ensure you’re seeing all there is to see in Jump Force we’ve compiled this guide wiki. It’s complete with guides on general information through to specific guides on how to play as certain characters. Here’s all the information you need.

Here is where you’ll find general information on the game, including details on its PS4 Pro/Xbox One compatibility, install size on each platform, and how to redeem preorder DLC.

If you’re new to fighting games, or just want to do all you can to get to grips with the basic mechanics in Jump Force, this is the section for you.

The combat in Jump Force is pretty deep, so here are some tips to help you beat every fight you come across, whether that be in single-player or against friends.

Since there’s characters from so many different series in Jump Force, you may already have decided on your go to. If not, here’s some information on what characters are in the game and how to play each of them.

If you want to test your skills against other players, this is the section to understand how to set that up. You can play multiplayer fights both online and locally.