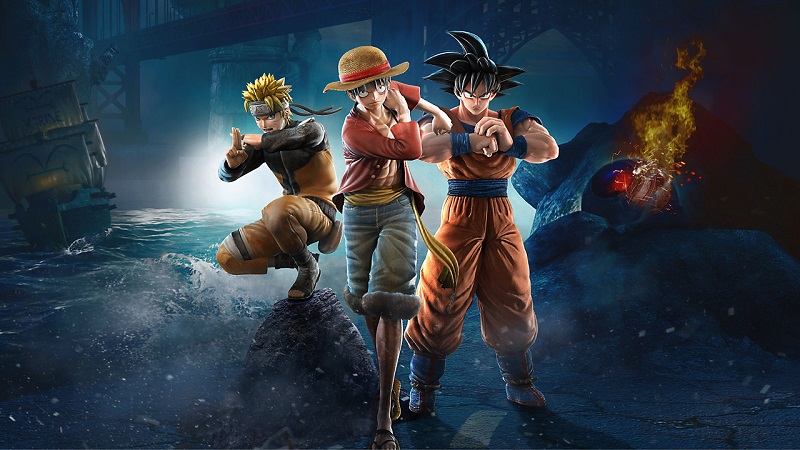 How Long Is Jump Force?

Jump Force is a startlingly ambitious anime crossover, bringing together some of the biggest Shonen Jump series from across the company’s 50-year history. Although it’s primarily a fighting game, there’s still a lengthy main story to play through involving all the various Jump worlds. Here’s how long Jump Force is and how many chapters there are.

Jump Force’s main story has you choosing between three different teams to join; Alpha led by Goku, Beta led by Luffy, and Gamma led by Naruto. These teams tie directly into the story with each team fulfilling a different role, but no matter which you choose you’ll be able to do each and every mission in the game.

Jump Force’s story is split into nine different chapters of various length, as seen below.

Each chapter in Jump Force is made up of a handful of Key Missions and cutscenes, but there are also a ton of different Free Missions and side missions to play through. If you’re looking to simply mainline the story missions you’re looking at around 10-12 hours to complete everything.

That time can get raised by 10 hours or more, depending on how many side missions you want to complete, and how much you want to train up your characters.

Of course, keep in mind that the main appeal of Jump Force is as a versus fighting game, so you can sink hours into online matches as well.

That’s everything you need to know about how long Jump Force is and how many chapters there are. For even more tips, tricks, and guides make sure to search Twinfinite, or take a look at our Jump Force wiki.