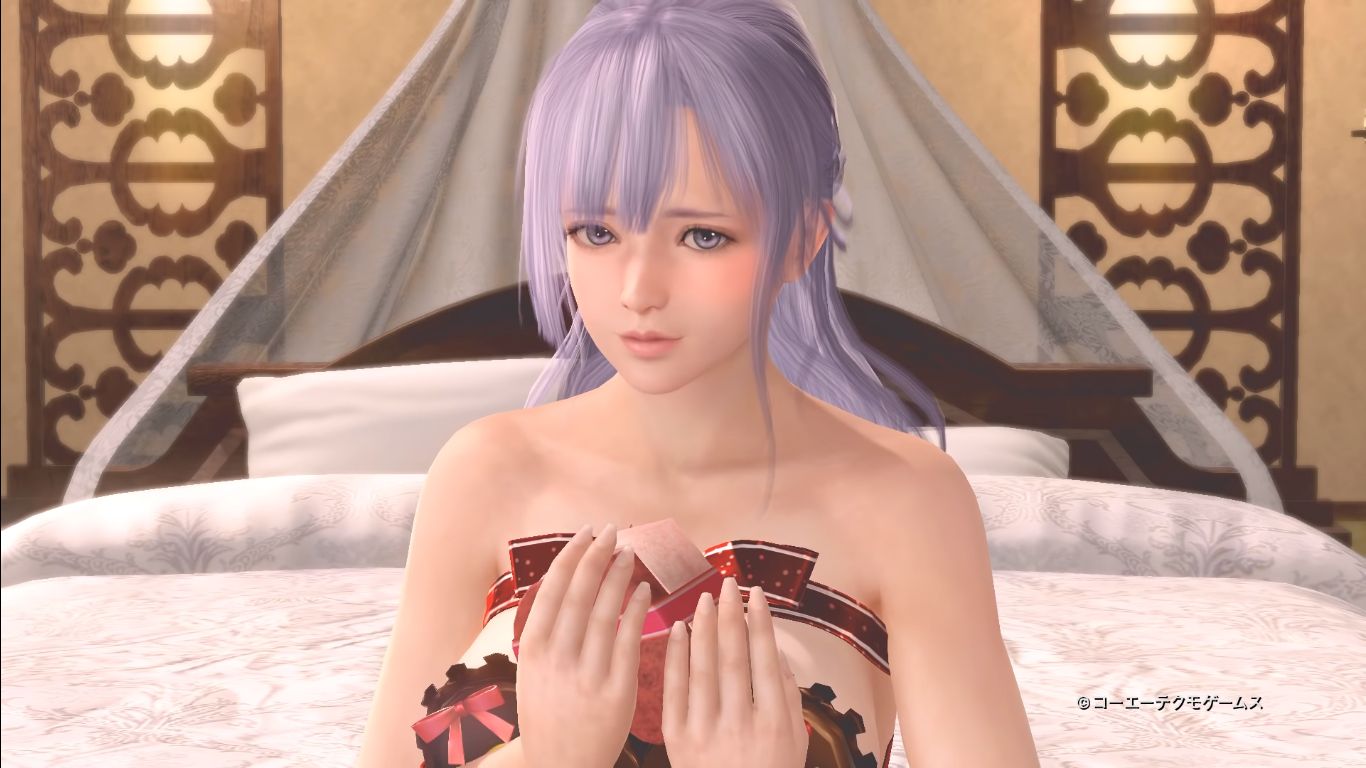 Today is Valentine’s Day, and those who didn’t get any chocolate (but also those who did, why not?) can find solace in Dead or Alive Xtreme: Venus Vacation.

Koei Tecmo and DMM launched a themed event that is pretty much the perfect embodiment of the stereotypical image of Valentine’s Day, with the obvious additional alluring twist due to the nature of the game.

A new gacha has been launched, providing a 3.3% cumulative chance to win yourself a SSR costume themed after Valentine’s chocolate.

It includes all the girls excluding Nagisa, who has been released only recently and won’t be available for free for a while longer

That being said, it’s a good chance to unlock any of the other girls you may be missing.

On top of that, a new chocolate bar event currency has been added, that can be exchanged for some pretty cool goodies within the game.

You can check out a trailer below. If you’re not familiar with Dead or Alive Xtreme: Venus Vacation, it’s available exclusively for PC only at the moment, and only in Japanese. Dialogue isn’t exactly all that relevant in this game, anyway, so you can play it without many issues.

Currently, the title is still running a crossover event with the anime Is It Wrong to Try to Pick Up Girls in a Dungeon? also known as Danmachi.