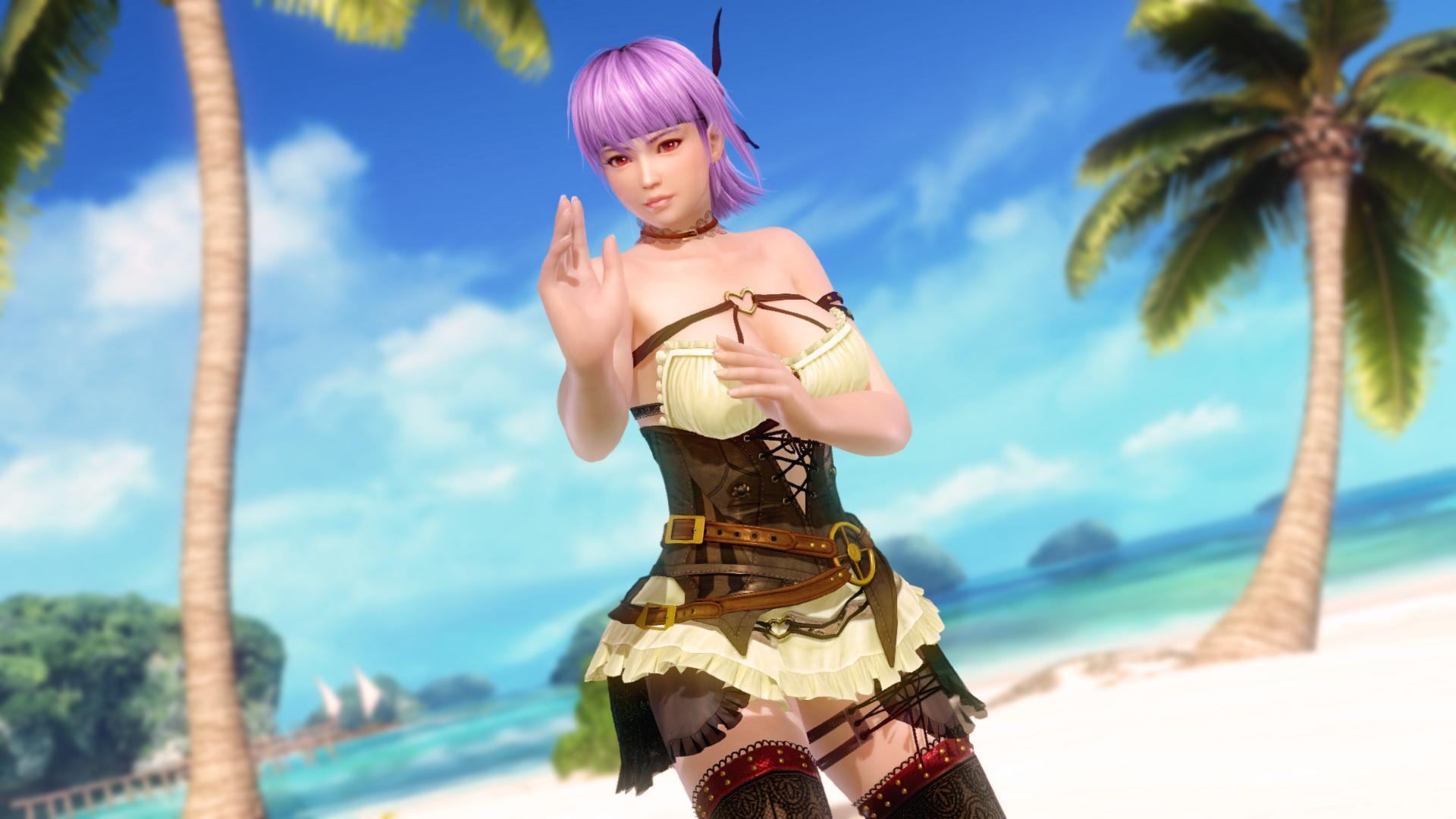 Dead or Alive 6 releases tomorrow, and Koei Tecmo is celebrating in the sister game Dead or Alive Xtreme: Venus Vacation for PC.

So, did the good folks at Team Ninja take the chance to release new character NiCO in the free-to-play game as well? Are we getting Diego in a mankini?

On the other hand, players are able to grab a NiCO cutout decoration for the Owner room, alongside a Dead or Alive 6 poster. On top of that, the wall projector will aptly broadcast a trailer of the new game. I guess that’s better than nothing. Not much better, though.

On top of that, we get a brand new gacha with SSR costumes for Kokoro and Ayane, featuring a striking steampunk look. I have to say that they’re quite nice indeed. You can check out what they look like above and below.

Incidentally, Kasumi’s birthday gacha is still available, if you have some money burning in your pocket.

If you’re not familiar with Dead or Alive Xtreme: Venus Vacation, it’s available exclusively for PC only at the moment, and only in Japanese. Dialogue isn’t exactly all that relevant in this game, so you can play it without relevant issues.