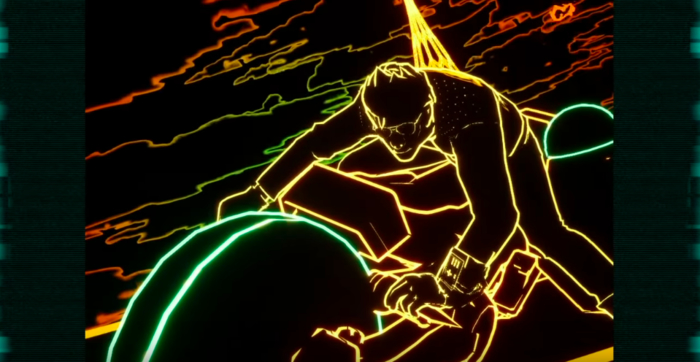 The trailer introduces us to one of the six games that Travis Touchdown and his archnemesis, Badman, will be fighting through in order to escape the video game console that the both of them are trapped in.

Golden Dragon GP is the name of the game and seems to place our hero Travis in a virtual reality world that reminds us of Tron. You’ll be controlling some type of motorized cycle that allows you to accelerate, shift gears, and use a nitro boost when you wanna leave your rival in the dust. In the trailer, we also get a look at Smoking King, who is the boss enemy of the stage.

You can watch the trailer below and while you’re at it, you can check out the latest two trailers that show off two other boss enemies: Electro Triple Star, and Mr. Doppel Ganger.

Travis Strikes Again: No More Heroes is due for release on Jan 18 for the Nintendo Switch. The first DLC packs for the game will also come soon after launch, bringing two new playable characters into the fray. Shinobu Jacobs and Bad Girl will be available for purchase on Feb 28 and April 30, respectively. You’ll be able to purchase a season pass for $9.99 on Jan 18 that will include both DLC packs.