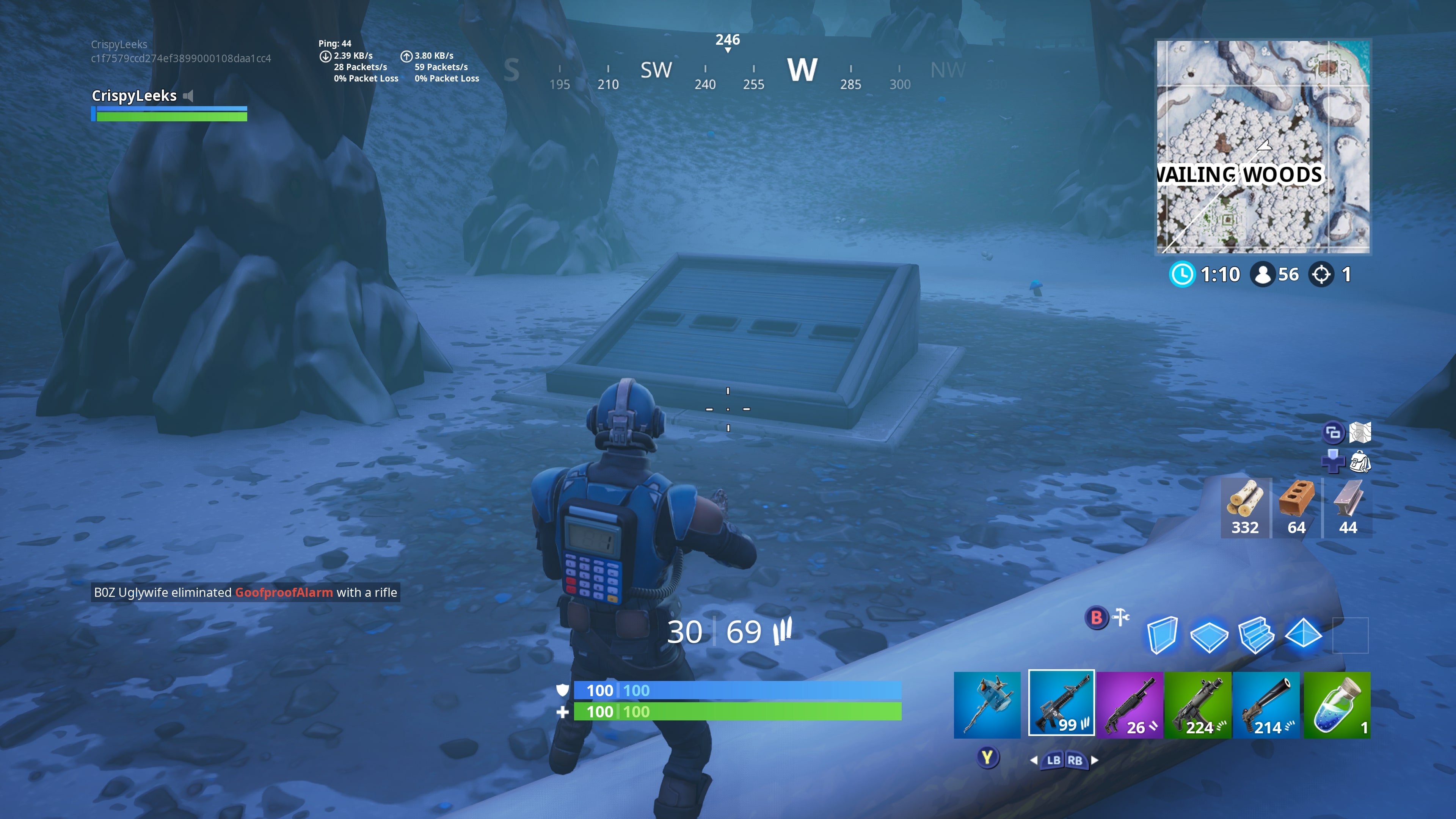 Where to Search Between a Mysterious Hatch, Giant Rock Lady & a Precarious Flatbed in Fortnite

The week 8 challenges have arrived in Fortnite Season 7, granting players another opportunity to get 50 Battle Stars to level up their Battle Pass. Here’s where to search between a mysterious hatch, giant rock lady, and a precarious flatbed in Fortnite.

For this one, you might already have a good idea of the general vicinity where you’ll find this hidden star on Fortnite’s map by one of the three clues. In particular, the precarious flatbed might be the one to give it away.

This flatbed, which is hanging off the side of the island in grid reference J3 pretty much indicates exactly where you want to make your way towards.

As such, you’re basically wanting to search right between these three map grid references that just so happen to be right next to one another.

To give you a helping hand track down the exact location to search between a mysterious hatch, giant rock lady, and a precarious flatbed in Fortnite, we’ve included map screenshots and the location of the star in-game itself down below.

As you can see from the map image above, to complete this week 8 challenge in Fortnite, you’re going to want to head right into the corner of grid reference J3, directly across from the maze in Wailing Woods.

As you’re gliding into this area, look out for the hill directly in-line with the maze. It should be fairly easy to spot, as it’s got a tree at one end, and more importantly, a very visible dirt patch at the other.

Land on this mountain, head towards the telltale dirt patch, and the battle star will appear before you. As always, press E on PC, X on Xbox One, Square on PS4, and Y on Nintendo Switch to pick it up and complete this week 8 challenge in Fortnite.

That’s all you need to know about where to search between a mysterious hatch, giant rock lady, and precarious flatbed in Fortnite. For more tips, tricks, and guides on the current season, be sure to check out our Fortnite Season 7 guide wiki.

We’ve even run through the chest locations for Frosty Flights, Happy Hamlet, and Polar Peak, just to name a few.

Question: Where to search between a mysterious hatch, giant rock lady, and precarious flatbed in Fortnite?

Answer: You want to aim for a hill to the east of Wailing Woods, directly in line with the maze. Look out for a tree at one end, and a dirt patch at the other. Head to the dirt patch, and you’ll the star will appear before you.