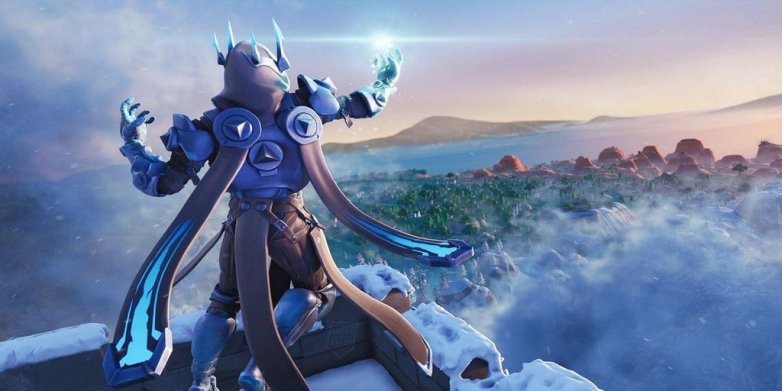 What Ice Brutes Are in Fortnite & Where to Find Them Easily

The Ice Legion has arrived in Fortnite, covering the map with snow and bringing a true winter feel to the battle royale action. It’s also brought with it the Ice Storm game mode, which brings zombies back into the mix, essentially, and a set of challenges, too. Here’s what Ice Brutes are in Fortnite and where to find them easily.

First, it’s worth pointing out that you’re only going to find Ice Brutes in Fortnite’s Ice Storm mode. This essentially sees the return of Zombies, but this time they’re called the Ice Legion. As such, by this point, you might have already guessed what Ice Brutes are.

Ice Brutes are the larger, bulkier zombie enemies that you’ll spot in the Ice Storm mode. They’ll take a bit more damage to eliminate, but they’ll also drop better loot as a result.

For the Ice Storm Challenges, you’ll need to eliminate 100 of these things, so let’s show you exactly what you’re looking for and the best place to find them.

As you can see from the image above, Ice Brutes are considerably bigger than the standard Ice Legion zombies in Fortnite. They can easily be farmed, however, by seeking out the various giant icicles scattered across the map. Just as how the zombies in the Fortnitemares event would spawn from the large purple gems.

These icicles can be found pretty much all over the map. From our experience, these tend to spawn in a little after the game has begun, so go grab a few starter weapons to help you take down the Ice Legion and then start investigating.

You’ll likely find a good couple around or within each named location, too, should you really be struggling to track them down.

Your best bet to get Ice Brutes to spawn from these is to begin dealing damage to the icicles themselves. This will force the Ice Legion to defend it, and you’ll get a bunch of Ice Brutes appearing as a result. They’ll also spawn at a slightly slower rate by simply being in the vicinity.

That’s all you need to know about what Ice Brutes are in Fortnite and where best to find them. For more tips, tricks, and guides on the current season, check out our Fortnite Season 7 guide wiki.

We’ve even run through the chest locations for Frosty Flights, Happy Hamlet, and Polar Peak, too.

Question: What are Ice Brutes in Fortnite?

Answer: Ice Brutes can only be found in the Ice Storm game mode in Fortnite. These are the larger, bulkier zombies that spawn around the large icicle-like spikes coming out of the map. Head to these, attack them, and you’ll find Ice Brutes will begin to spawn so you can easily complete the challenge.