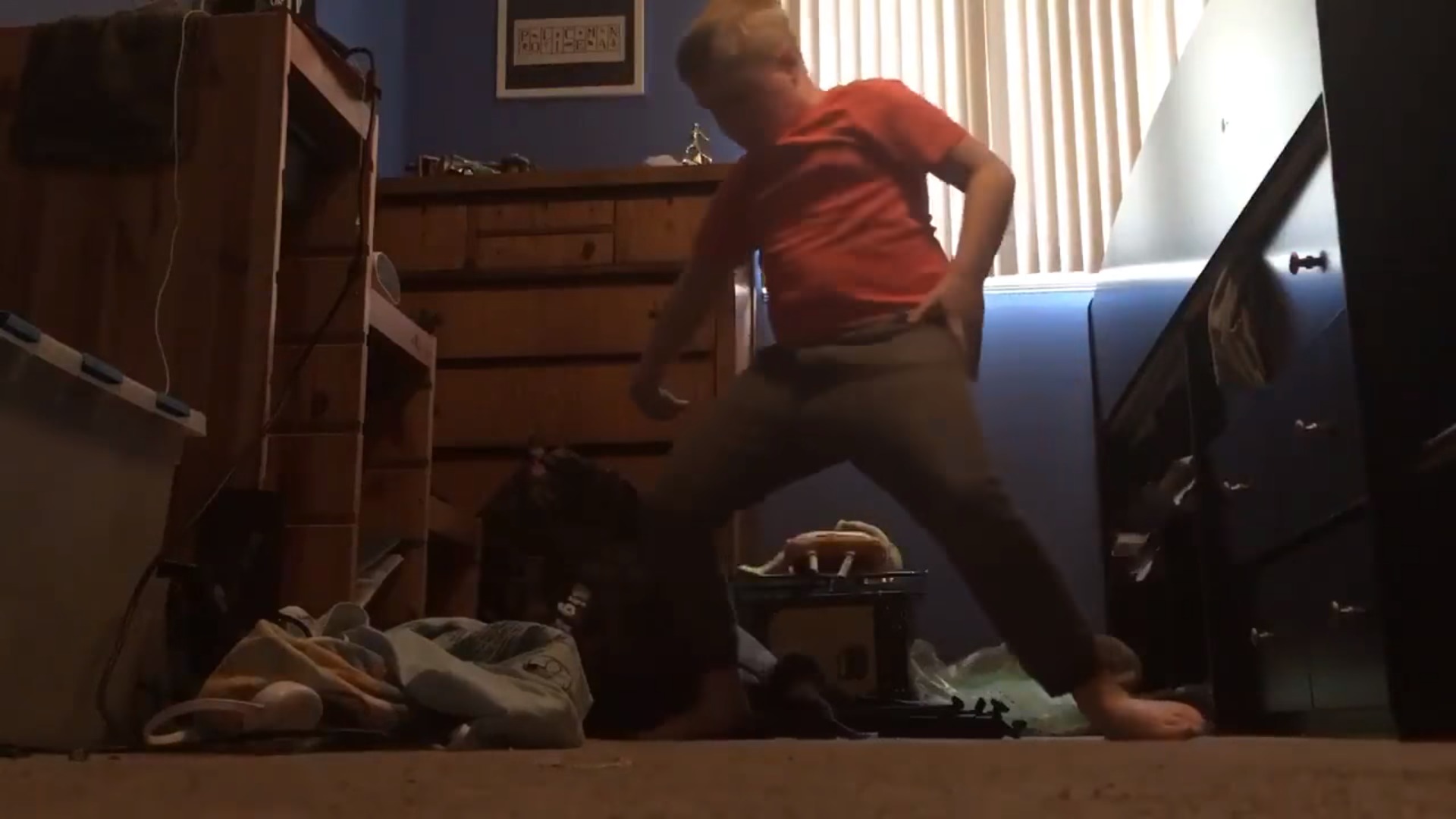 It seems like everyone wants to sue Epic Games over dances featured in Fortnite these days. This is why we can’t have nice things, people.

Earlier today, Variety reported on the latest lawsuit against Epic Games. I’m losing track over how many people, including Alfonso Ribeiro (aka. Carlton Banks from The Fresh Prince of Bel-Air) and the rapper 2 Milly, want to sue the company for referencing/honoring their most famous dance moves with Fortnite emotes.

This time around, the plaintiff isn’t someone famous but instead Rachel McCumbers, the mother of the Fortnite fan affectionately dubbed “Orange Shirt Kid.” McCumbers claims Epic “unfairly profited from exploiting Orange Shirt Kid’s protective creative expression, likeness, and trademark without consent or authorization.”

Now, you probably wonder who or what this creative expression or likeness is. To put it bluntly, it’s the emote Orange Justice and its description, “It’s also a great exercise move.”

The dance was submitted as part of the BoogieDown Contest where Fortnite fans got a chance to have their dance skills immortalized in the game. While Orange Shirt Kid’s dance didn’t win (apparently it only got 23rd place), Epic eventually patched the dance into Fortnite when the studio realized gamers had fallen in love with Orange Shirt Kid’s moves.

The Variety article points out one pertinent issue with the lawsuit. According to the licensing section of the contest’s rules:

Now, the rules are overflowing with legal jargon, but here’s the jist of the licensing section: anyone who submitted their dance agreed to let Epic Games do whatever it wants with the dance, and anyone who won the contest handed over all ownership of their dance to Epic. And Epic didn’t have to pay a cent.

Then again, the article also points out the lawsuit doesn’t mention the contest. It just claims Epic stole the dance and renamed it “Orange Justice” without any provocation.

Oh, and before I forget, guess who’s behind this latest lawsuit. That’s right: Pierce Bainbridge Beck Price & Hecht LLP, the law firm that also filed the lawsuit from Ribeiro. And 2 Milly. And Backpack Kid. Because of course it is.

We will keep you updated on latest Fornite lawsuit news, be it new lawsuits or settlements.