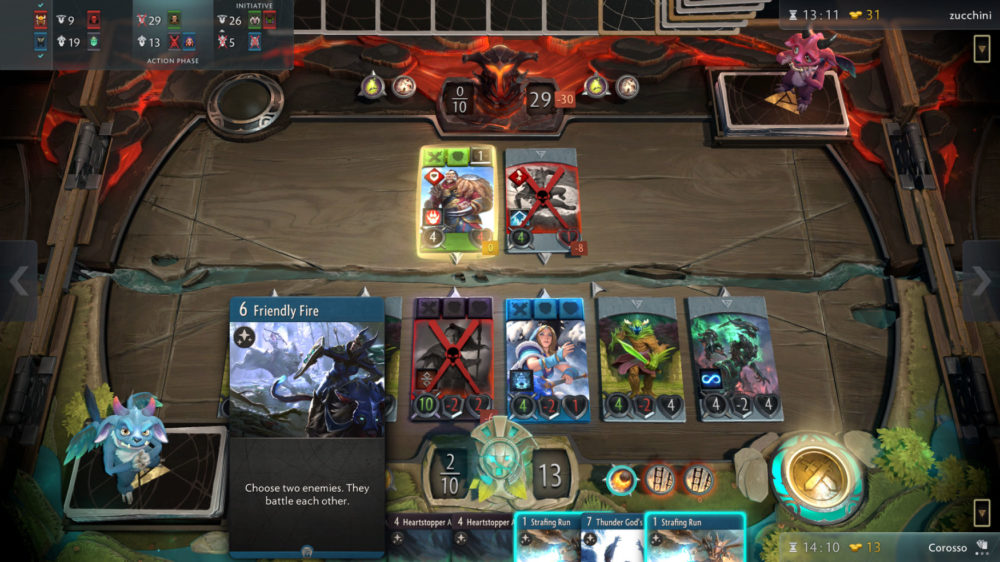 Artifact, Valve’s first game in five years, hasn’t caught on. GitHyp noted today that Steam player numbers have fallen through the floor after a reasonably strong launch, which saw the game peak at number four on the charts. It finished 2018 outside the top 100, which is a startling decline.

Of course, Artifact’s shaky reveal, which was met with boos and general disappointment by fans, perhaps telegraphed the game was always going to be facing an uphill battle to win over fans.

Still, the numbers will be a big concern to Valve. The company would have been hoping the decision to capitalize on the rising popularity of trading card games rather than seeking to invest in sequels to its popular IPs (Half-Life, Portal, DOTA) would pay dividends.

Artifact’s initial 60,000 daily concurrent player counts back in November now seem a very long time ago, and it doesn’t appear as though there’s an immediate solution to the problem. The game certainly won’t be joining the ranks of Valve’s prestigious Counter-Strike: GO, Team Fortress, or DOTA franchise, which have managed to keep player numbers among Steam’s top 10 years after launch.

What’s more, with growing pressure from rival distribution platforms such as the Epic Games’ store and GoG, and a general increase in the number of games being distributed via in-house platforms like Bethesda.net, Valve is now more than ever in need of a new marquee title to incentivize players to stick around.

If these recent numbers are any indication, Artifact certainly doesn’t look as though it’s destined to be that driving force.