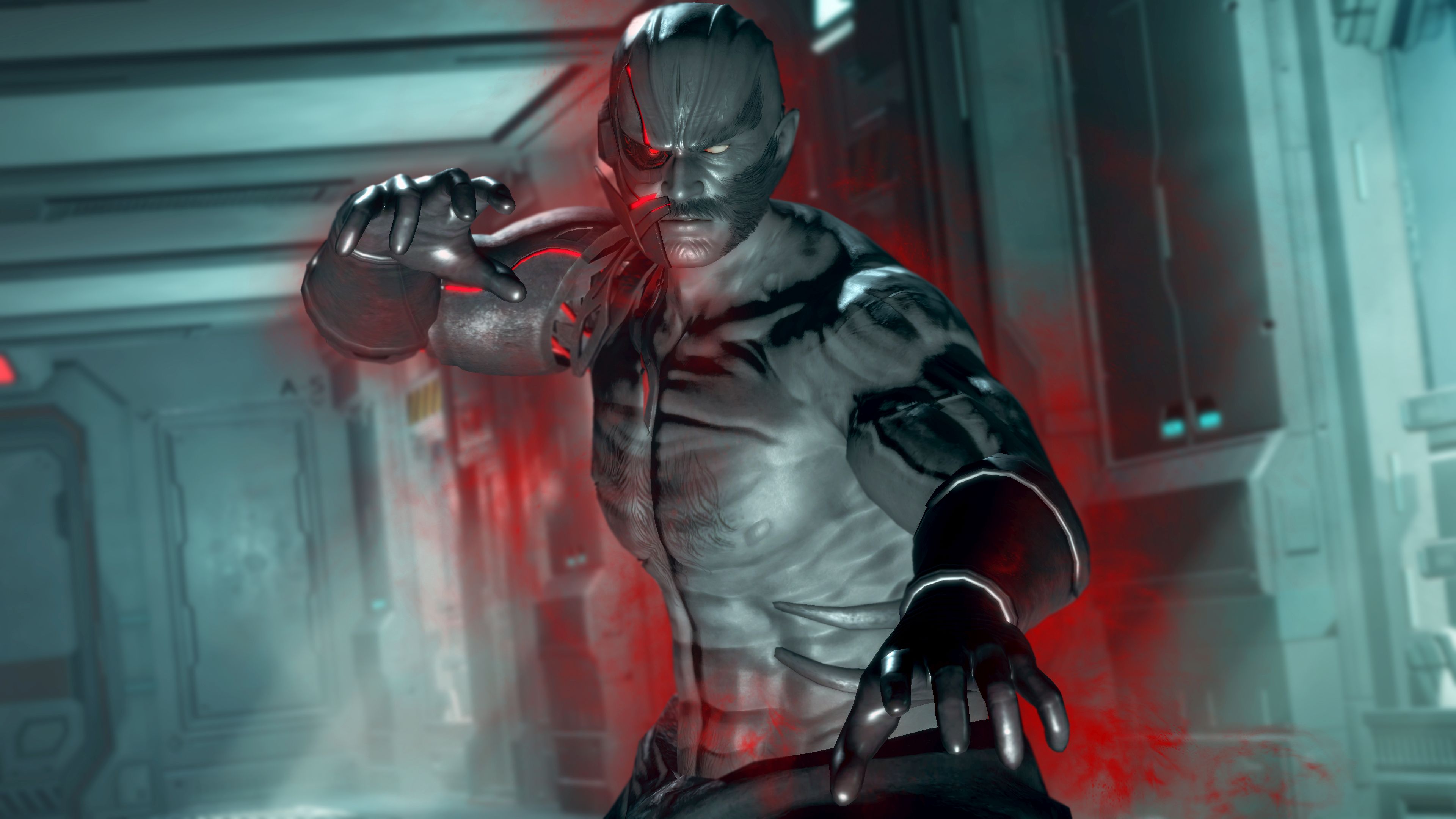 Today Koei Tecmo and Team Ninja revealed the return of a character who will make his appearance in Dead or Alive 6.

Raidou is a pretty special entry as he first debuted as the final boss of the original Dead or Alive in 1996, but his appearance in following games has been spotty.

Alongside the character reveal, we also get to see two new stages titled A.P.O and Chinese Festival. I’m pretty sure the latter is self-explanatory about what it portrays, but the first might required a bit of explanation.

“A.P.O. showcases one of the hallways leading deep into the M.I.S.T. research facility where the immoral experiments take place. Meanwhile, CHINESE FESTIVAL is a colorful corner of Chinatown during a spring festival, complete with unused firecrackers scattered across the ground and ready to explode on impact.”

“In the extremely addictive DOA Quest, gamers will need to clear various missions during matches to complete each individual quest. Clearing missions will be awarded with Player Points and the unlocking of various cosmetic items.

DOA Quest missions are designed for players to learn and memorize the various fighting systems and techniques, improving fighting ability while moving through the increasingly difficult set of challenges.

After learning the ropes in Quest mode, fighters can then further their DOA education in Training mode. Here, gamers will be able to learn every aspect of the DEAD OR ALIVEfighting system through the use of Free Training, Tutorial, and the more personal Command Training and Combo Challenge.”

You can check out a gallery of new screenshots of Dead or Alive 6 introducing Raidou and the new stages below.

If you want to learn more about Dead or Alive 6, you can check out our recent interview with Director and Producer Yohei Shimbori, and my hands-on preview of the latest build. You can also enjoy some recent gameplay and a few screenshots mostly focusing on the story mode.