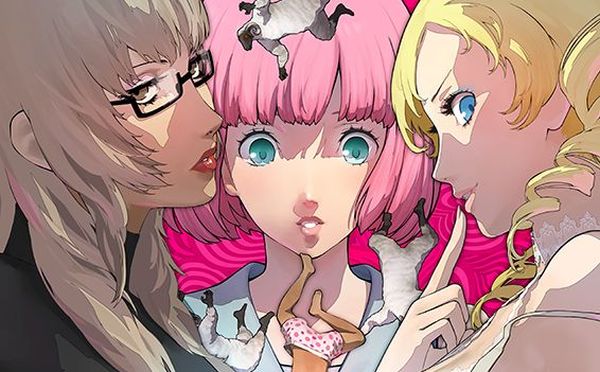 While Atlus had a ton of new announcements and reveals today about Catherine, there is one more goodie for fans looking forward to Catherine: Full Body.

Atlus just revealed a brand new trailer of the game featuring a new image song by Tokyo-based pop band Sekai no Owari. The song is titled “Re:Set” and it’s rather fetching if you like the genre.

You can watch it below. If you want to see more of the game, the best way is certainly to just play the brand new demo released today. I actually thought that would have been all we’d get with the “special announcement” promised by Atlus, but they came back in with the proverbial “one more thing” moment, so here we are.

You can also check out a new batch of screenshots released yesterday on Famitsu, a video showcasing the soundtrack and one featuring competitive multiplayer.

Catherine: Full Body is set to launch on Feb. 14 in Japan for PS4 and PS Vita, while the western release for PS4 is said to be coming “soon after” that. The PS Vita version isn’t coming.

If you’d rather play on PC, Atlus USA released Catherine Classic on Steam today, but it doesn’t include the new content that will come with Full Body.