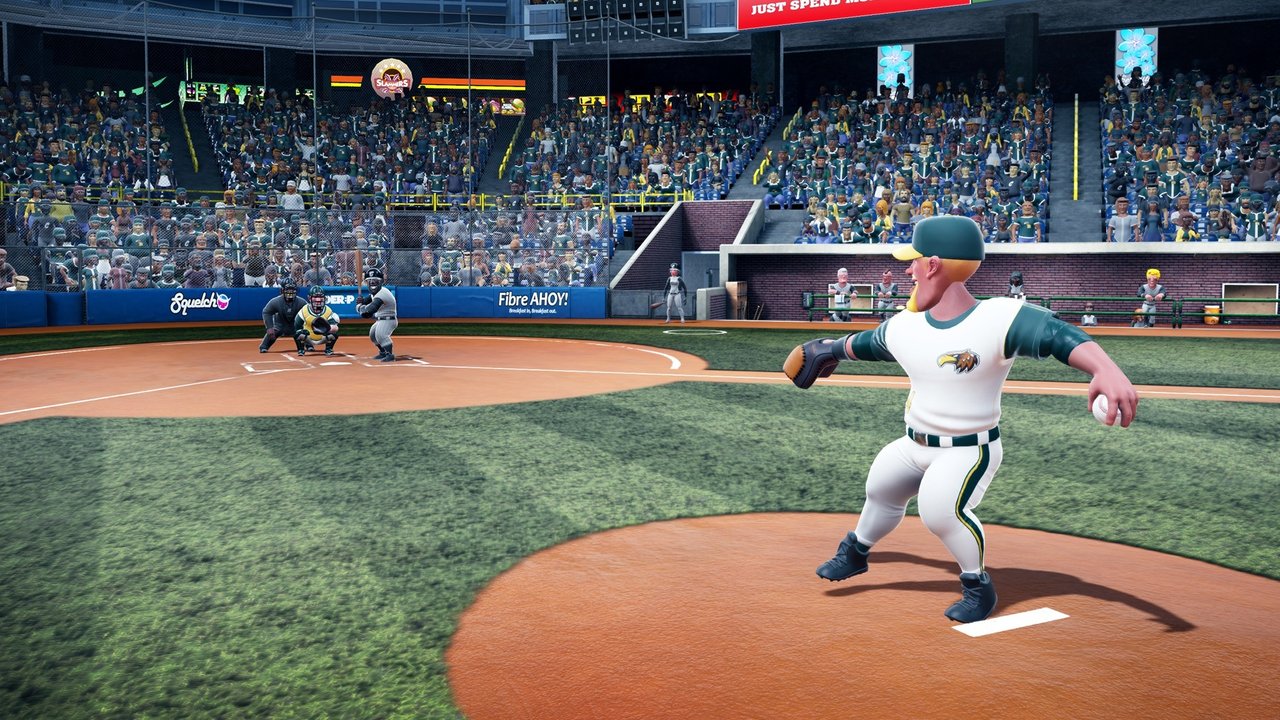 Best Baseball Games on Xbox One

When the MLB 2K series died off back as of the 2013 edition, it seemed unlikely that we would go years without a proper replacement.  These are the best baseball games on the Xbox One to play if you don’t also have access to a PS4 & MLB: The Show.

One would think that at some point, someone would want to challenge MLB The Show on PS4, and seize the lack of a traditional simulation game on the Xbox One.

Yet here we are, almost done with this generation of consoles, and no one not EA, 2K, or anyone, is making a traditional baseball sim for the Xbox One.

However, the Xbox One is not completely void of any games featuring America’s Pastime. It’s just that there isn’t anything as realistic as MLB: The Show. You’re going to have to settle for arcade-like experiences if the Xbox One is the only video game console that you own.

We’d recommend Xbox 360 backward compatibility even if that was an option, but sadly, no older games from the 2K era are available as of right now.

Here are some options that you can explore if you’re really desperate for anything you can get your hands on, or if you just appreciate more light-hearted takes on America’s Pastime.

Super Mega Baseball 2 isn’t licensed by the MLB which is unfortunate because other than that, it really is one of the best and most fun sport games to be released in recent memory.

As long as you can sacrifice the simulation experience that The Show provides & that lack of a MLB licensing, Super Mega Baseball 2 has everything else you could want for a good time.

While the players are fake, games like Backyard Baseball from the 90s have shown that as long as you inject enough charm and personality, fake players can be just as interesting to follow, and that’s the case here with Super Mega Baseball 2.

The gameplay is extremely simple and easy to pick up and play. Fans of any video game skill level can dive in quite easily.

And if you want to try your hand on creating your own teams, or just want to do your best of remaking the MLB, there are customization options available.

We highly recommend Super Mega Baseball 2 as being your best option for the Xbox One.

RBI Baseball was surprisingly revived in 2014. Prior to that, it was known for its run on the NES and Sega Genesis consoles.

It makes sense since that’s when 2K dropped out, and MLB Advanced Media didn’t want to let Xbox One marked be completely without an MLB game.

However, don’t expect anything close to the realism of MLB The Show, or even the fun of Super Mega Baseball. RBI Baseball is quite shallow and unrefined compared to both of those games.

The one thing that’s worth mentioning though that Super Mega Baseball 2 cannot claim is that it does have the MLB license. So if playing with your favorite team is your #1 concern, then RBI Baseball 18 will have to do, because it’s your only option at the moment on Xbox One.

That does it for the best baseball games on Xbox One. You have a few options, and if more release down the line, we’ll be sure to update this post.