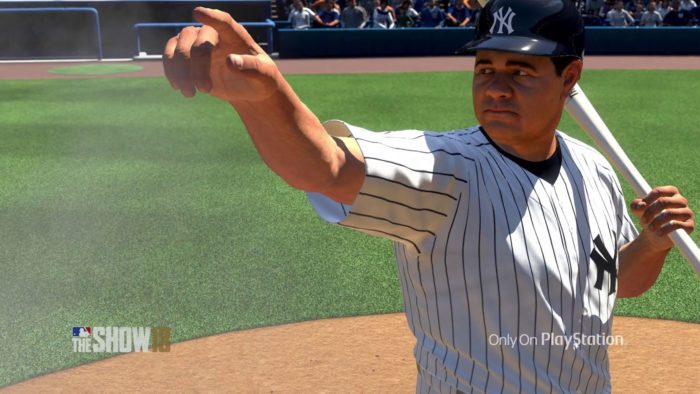 MLB The Show 18 on PlayStation 4

This article is a sequel to our review in progress last week. While we’ll touch on everything again a bit here, for our full thoughts on MLB The Show 18’s single-player modes including Franchise and Road to the Show, give that a read as we’ll be focusing more on Diamond Dynasty and online play more in this scored review.

Last time on Twinfinite reviews MLB The Show 18, we dove head first into the game’s single-player modes while holding off talking about Diamond Dynasty and online play in general since the servers weren’t live yet. Let’s just briefly catch you up: Road to the Show has undergone major changes, making it feel more like an RPG game than ever before. Instead of training points, your skills now naturally progress depending on what you do in-game. Think The Elder Scrolls or Fallout if you’re familiar with the big Bethesda games. If you’re consistently getting hits, your contact will go up. Slug in some extra base hits, hit for power and crush home runs, and your power will increase. Swing, miss, and strike out a bunch, and expect stats like plate discipline and contact to go down.

We highly recommend checking out our full thoughts here if you’re a RTTS fan, since we go in far more detail, but overall it streamlines a mode that at least for me, was getting very bloated and dated. I’m able to breeze through games faster than ever before, without having to stress about where to put training points and enjoy a progression system that feels more realistic than using points anyway.

Franchise, on the other hand, got the short shrift this year. It’s fine, nothing bad happened to it, but, also, nothing happened to it. The big addition appears to be a feature called “phases” which breaks up the calendar by important dates that GMs need to be aware of, such as preparation for the trade deadline. It just plays like a glorified reminder though, as there’s nothing really to it that hardcore Franchise fans wouldn’t already know to do and isn’t as cool as it sounds. Still, it doesn’t hurt and does help to organize things a little better, so no harm no foul. It’s just not a hype-worthy feature if you were hoping for one in Franchise.

Franchise and every other mode benefit greatly from improved visuals and commentary. Visually, The Show 18 is just as impressive as ever, especially when it comes to park presentation and how the star players look in-game. That has been a hallmark of the series for quite some time now and remains true in MLB The Show 18. Infielders can still be a little over dramatic about how they get the ball to first, but San Diego Studio has touted lots of new animations to make the games look more realistic. It’s a work in progress that has gradually improved each year. However, any auto-generated players still look like unholy abominations on the jumbotron.

Ball physics, another aspect of gameplay San Diego Studios claims to have improved, does feel much more realistic this year. At least in my time playing so far which is probably close to about 20 hours, hitting feels less abusable, and requires more precision. I’m sure the best players will find a way to break it at some point, but credit San Diego Studios for not giving up and recognizing that it needs constant attention.

The commentary is still largely forgettable. I’ve never loved the team of Matt Vasgersian and Dan Plesac, and still don’t. They are informative and serviceable, but a little too dry for my tastes. Mark DeRosa replaces Harold Reynolds and more or less, he kind of just blends in with the other two and never really stood out much to me while playing. I’ve gotten so used to hearing the same lines from Vasgersian and Plesac over the years that I’ve grown to tune them out and had to actively work to actually notice their new lines. Your experiences and preferences may vary, but I believe that a shakeup in the booth is long overdue.

Alright, let’s dig into Diamond Dynasty. The core modes for Diamond Dynasty are all pretty much intact and the biggest change is the beefing up of the already beefy programs, and the integration of created players into said programs. Instead of dumping all of your cards into a created player to increase their stats, you’ll follow along position specific programs which will progress your created player. No more just creating a super player that can do everything you want on the field just by feeding it cards. You’ll need to perform in-game tasks to raise their overall rating, and then make choices about how you want your player to progress and specialize in. Again, it’s another way where MLB The Show 18 is forcing players to make interesting choices like we’re seeing in RTTS, this time in Diamond Dynasty.

Speaking of programs, I’ve felt overwhelmed by programs in past iterations of MLB The Show. I preferred to just feed my junk cards into my created player, stick to the community market, and try to ignore programs as much as possible. This year it feels impossible to do that with the way created players, souvenirs, and junk cards are all tied into progression in programs, but honestly, it’s for the best. There are so many ways to get decent players through programs without having to spend a dime of real-life cash, and the lower-end players you can work toward not only help you in the short term, but also help you unlock some of the legends and other epic cards as well. It’s just all tied together so effectively. I used to hate getting junk players and cards, but user interface improvements in MLB The Show 18 helped me understand and appreciate the value of every card I get. There are very few cards that are used for Diamond Dynasty that can be considered completely useless if you’re willing to take advantage of programs, and that is an excellent accomplishment.

More importantly, for people like me who were intimidated by programs, the user interface is way better. It’s so much easier to figure out what you need to get, and how each program, starting from bronze level players, connects to the more lucrative programs. I went back and reminded myself what The Show 17 looked like, and it was clear why I never bothered with them. It looked like a mess compared to how The Show 18 is organized now.

While the core gameplay may feel very similar as it is still centered around ranked seasonal play, battle royale and conquest, the foundation that supports these modes like programs, the exchange, community market, packs etc. are all improved, and the mode as a whole benefits from it.

Sadly though, online play is still just as sketchy as it has always been. Baseball games require perfect precision otherwise hits can become strikes and routine fly balls can become errors. MLB The Show 18’s lag ranges from tolerable to horrible. The gameplay never feels as crisp as it does offline. Dedicated online players have learned to live with it. However, at times it’s beyond tolerable and can lead to very frustrating moments, such as a burst of lag causing a fielder to react erratically, causing an out or a routine base hit into the outfield to turn into extra bases. Baseball games are long, and in the lower levels of play, pitching dominates hitting, so having a single run come across because of an error born of lag, is rage quit-worthy when so many evenly matched games are decided by one or two runs. This is not new to MLB The Show 18, but it’s also not improved much from The Show 17 either.

Some outlets and players are reporting that the servers have been so problematic that transactions and games in Diamond Dynasty are being lost, but I personally did not encounter any such issue. Still, it’s worth researching to make sure it’s patched up before you start going hard in DD.

MLB The Show as a franchise could easily let itself crumble due to the non-existent competition, but it hasn’t and it’s continuing to chug along. The improvements this year are great, but depending on your tastes may not be applicable. If you don’t like RTTS and/or are a hardcore Diamond Dynasty player, then you might not fully appreciate what MLB The Show 18 has to show in terms of improvements this year. And, old problems such as lag, and dry commentary still exist. If however, you’re willing to try all of what The Show 18 is bringing to the table this year, you’ll find that in just about all aspects, this is a much-improved game from last year’s edition.