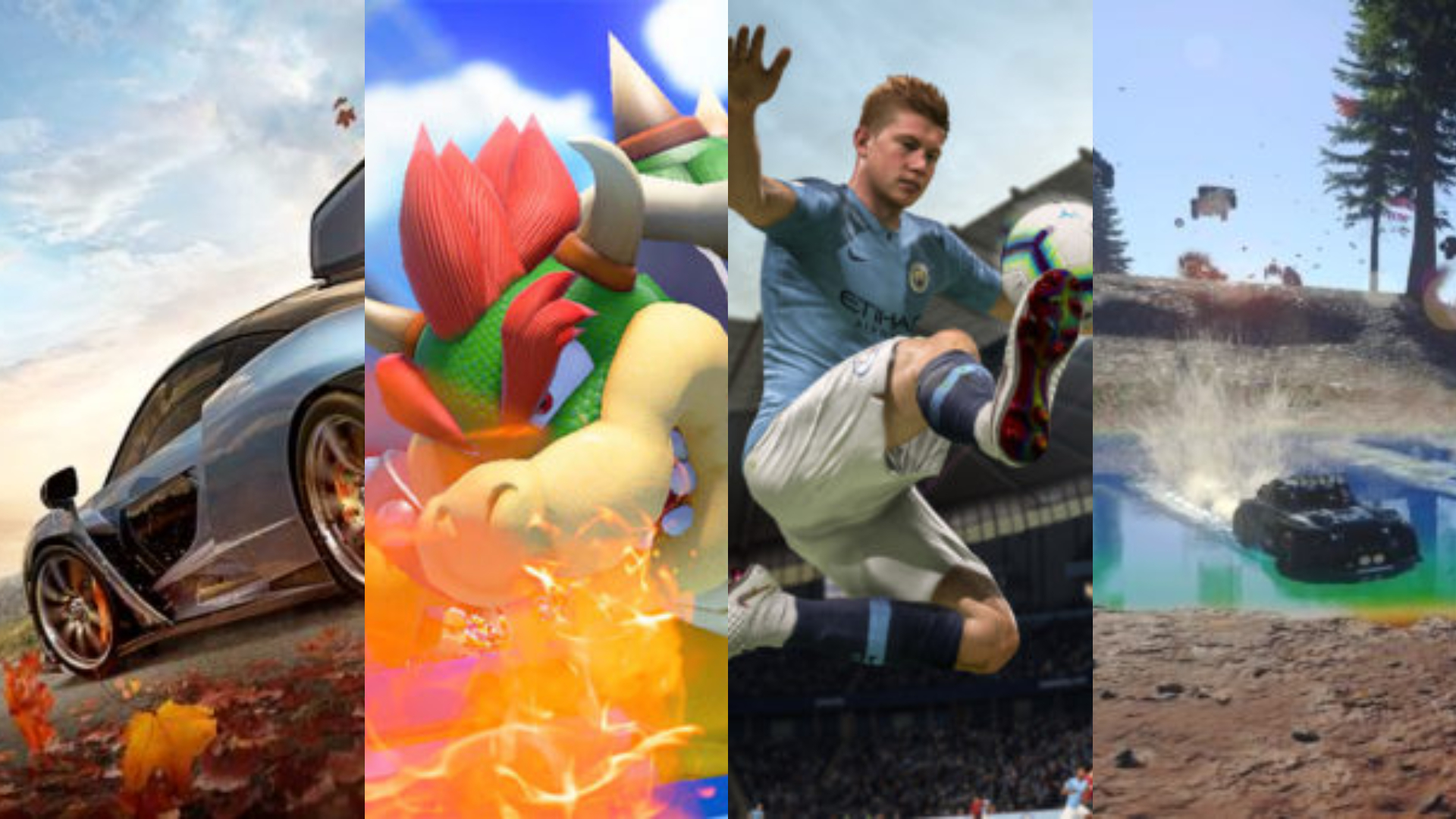 It’s award season here at Twinfinite! Let’s look back at the best sport/racing games of 2018. Voted on by our editors, these were the games that our team felt were the best that the two popular but often poorly represented genres had to offer this year.

Let’s start with our honorable mentions, before going on to our runner-ups, and finally, of course, our overall winner!

Associate Editor Tom Hopkins: OnRush doesn’t offer what you’d usually expect from a racing game. There’s no finish line, no podium, and you play as part of a team.

It works almost like a team-based shooter, with each of the car classes having different benefits. You need to balance your team with strength and speed so that you have the best chance of meeting the objectives.

Instead of actually racing around the beautiful tracks, you have to compete in one of the game types. One asks you to capture a point that moves ahead of the pack, another asks your team to drive through gates to add to a timer that’s counting down, and another sees you switch between the vehicle classes as you’re wrecked.

All of that tactical jousting is happening alongside some of the most chaotic and enjoyable racing you’re likely to play. The track is littered with fodder cars for you to take out, boost to earn, and jumps to attempt.

OnRush may be a bit confusing at first glance with its different approach to the racing genre, but it manages to integrate objective-based play excellently, without losing any of the thrill arcade racers are popular for. It’s currently free for PS Plus and Xbox Game Pass subscribers, so you have no excuse to not give it a try.

Associate Editor Tom Hopkins: FIFA, Ultimate Team specifically, only gets bigger year by year. Not only in terms of player base and money made but in terms of content.

FIFA 19 is the most complete package ever, from a content standpoint. Ultimate Team now offers something to play for during the week with Division Rivals, live content is released frequently, you can play the conclusion of Alex Hunter’s story, career mode and Pro Clubs return, and variety has been added to Kick-Off with Champions League and fun new modes.

The new gameplay features are also some of the most impactful in years. Timed finishing still needs balancing and manual defending needs to be more viable than it currently is, but the new additions could add a true skill gap once they’re improved.

EA Sports certainly aren’t the best around at listening to their community, but FIFA 19 does a lot right and has the potential to bring the series forward dramatically.

Ultimate Team is the highlight, though, offering more to see and do than almost any other game. With new live content to dive into most days, rewards to earn throughout the week, and fun teams to design, it’s easy to lose your life to FIFA 19.

Editor-in-Chief Ed McGlone: What sometimes gets forgotten in the yearly quest to make sports games more and more realistic is that video games are also supposed to be fun. More realism isn’t necessarily always better. Nintendo’s sports offerings never lose sight of this, and Mario Tennis Aces is the latest feather in the wide world of Mario’s sports cap.

Mario Tennis Aces function as both an excellent party game that you can fire up and play with four other people easily, or, if you want it to be, an extremely competitive and rewarding, albeit silly, tennis game that is easy to learn but very difficult to master.

I have over 100 tournament games and a few championship wins under my belt, and while I’ve hit a wall in terms of my skill level, unlike some other competitive games, I’m not frustrated by that. Mario Tennis Aces is just too silly to get too worked up over and has yet to lose its charm.

Associate Editor Tom Hopkins: 2018 was the turn of Forza’s Horizon series once more and the titular festival made its way to Great Britain so that we could explore an approximation of northern England and the Edinburgh area.

Unlike the setting’s real-world counterpart, rain is not all you’ll experience in Forza Horizon 4. Changing seasons is the Xbox One exclusive’s biggest new feature.

Not only do they all look stunning as you’re bouncing across the fields of the Lake District, but each one affects the actual racing differently. Winter sees the tracks ice up and become slippery, while fall cakes everything in mud so that it’s hard to find grip.

Elsewhere, Forza Horizon is still as majestic as ever. The driving is as solid as you’d expect, the events you can take part in our exciting and varied, and the cars all look incredible.

The standout moments of Forza Horizon 4, however, are the showcase missions. When you’re racing through the hills, the radio blaring, and the cinematic moments taking center stage, it feels almost like the game is showing off.

Forza Horizon 4 is not only our best sport/racing game of 2018, but it’s one of the best open world racers you’re ever likely to find.