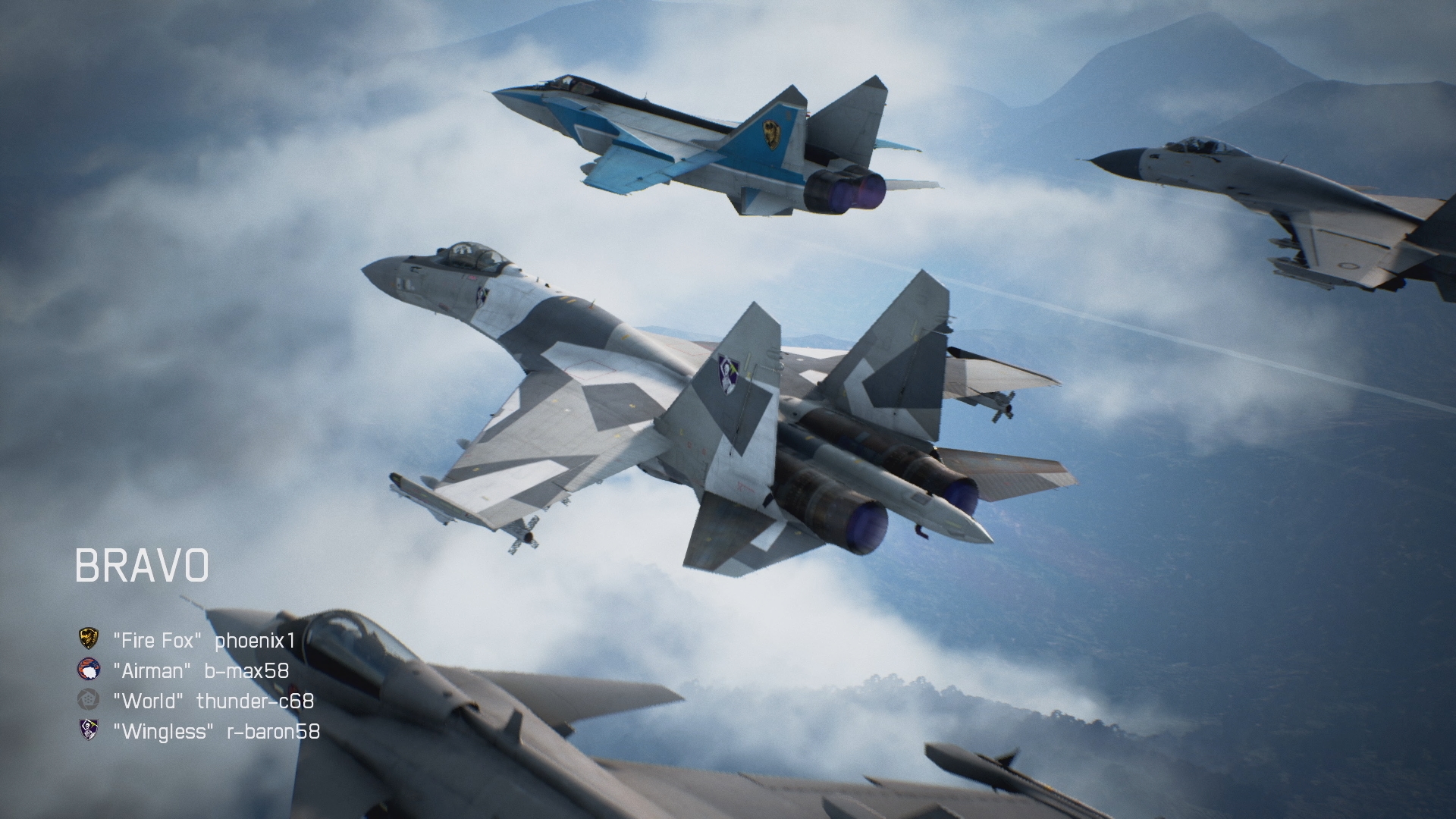 Is There Co-Op Multiplayer in Ace Combat 7? What You Need to Know

The Ace Combat series makes its long-awaited return, showcasing incredibly high production standards, sharper arcade combat, and an over the top storyline typical of the series. But is there co-op multiplayer in Ace Combat 7? Here’s what you need to know.

If you think blasting through the air at supercruise speeds with a buddy as your wingman sounds cool, we couldn’t agree more. Unfortunately, the co-op multiplayer options in Ace Combat 7 are somewhat limited.

You will not be able to play the game’s campaign with a friend, and there are not any PvE modes that you’re able to team up in either.

Therefore, the only way of dogfighting with your friends as wingmen is to play the Team Deathmatch mode and engage other players in PvP action. It’s hugely fun, of course, but it’s a bit of a shame that the co-op options aren’t a little more fleshed out.

Team Deathmatch games are 4v4 battles, and you can add players to your game by using the invite feature, which is available on all platforms.

That is all the information we have about whether there is co-op multiplayer in Ace Combat 7. For more useful tips and guides on the game, be sure to search Twinfinite.

Question: Is there co-op multiplayer in Ace Combat 7?

Answer: Strictly speaking, no, there is no co-op in the campaign. The only way to team up with friends is to play the Team Deathmatch multiplayer mode. You can add friends to your server by using the invite feature, which is available on every platform.

Comments
Continue Reading
Related Topics:Ace Combat 7, co-op multiplayer, Guide, How to, is there