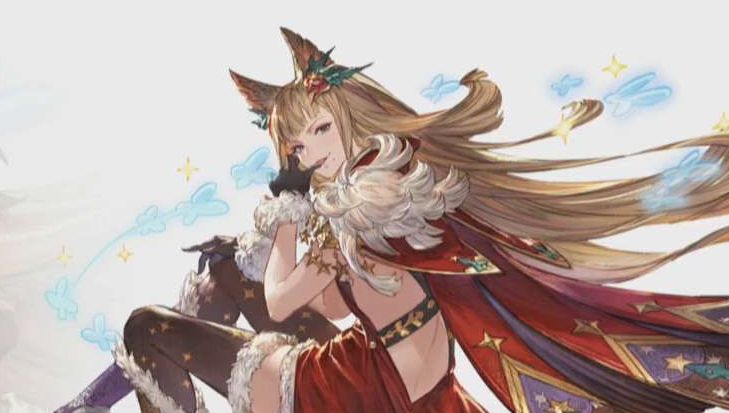 Today, during a stage show at Granblue Fes 2018 hosted at the Makuhari Messe in Chiba near Tokyo, Cygames provided some information about the mobile JRPG Granblue Fantasy.

First of all, we get to see Metera and Iaia, which will be released as Christmas characters. By completing the dedicated questline, players will receive a free ticket to unlock one of them. On top of that, Anre and Ferry are getting some cute Christmas skins.

Two new jobs have also been announced, Doctor and Gladiator. In December we’ll get the four-star upgrade for the Fallen Sword, while in January it’ll be the turn of Certificus.

On top of that, Beatrix’s new song Pride has been released.

We also get to see the trailer of the upcoming crossover with Tales of Asteria by Bandai Namco.

Last, but not least, we learn that Granblue Fantasy has passed 23 million users and Cygames is hosting an in-game celebration that grants players one free draw a day and various bonuses until Dec. 22.

Last, but not least, you can also take a good look at new official screenshots for both games.

Granblue Fantasy is currently available for iOS, Android, and PC via browsers with an English language option.