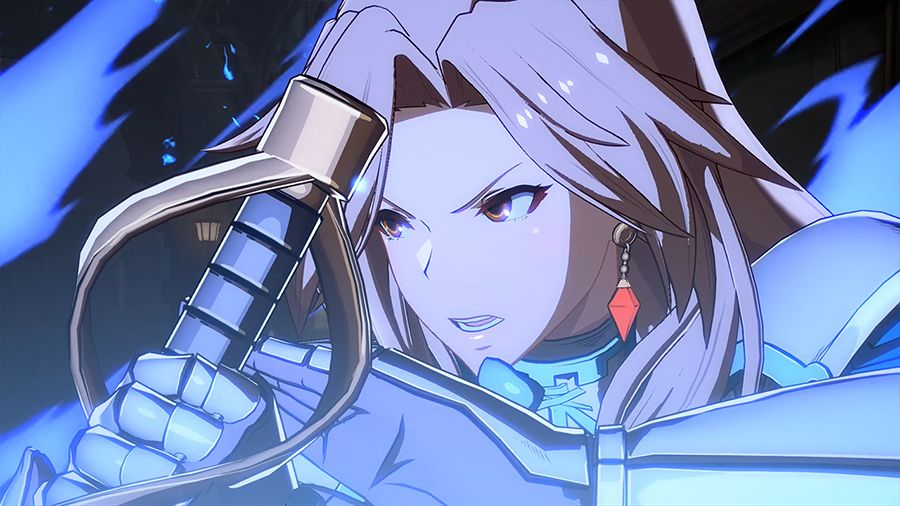 The websites included a few tidbits of information and a ton of official screenshots and artwork. On top of that, bit sites have English versions, confirming the plans to bring the games to the west.

We learn that the characters revealed so far for the newly-revealed Granblue Fantasy Versus are Gran, Katalina, Charlotta, Lancelot, and Ferry. Below you can read a description for each.

This hero’s adventure began when he received a letter from his father asking him to come to the Island of the Astrals, Estalucia. Now he travels the skies with his flying lizard-like buddy, Vyrn, and the mysterious blue-haired girl who saved his life by linking it with her own, Lyria.
Honest to a fault, he’ll come to the aid of anyone who needs his assistance. Although his swordplay is rough and self-taught, he possesses the power to overcome any obstacle—thanks in no small part to Lyria’s assistance.

A former imperial knight that abandoned her post to protect Lyria.
When she was loyal to the empire, she was charged with guarding Lyria, but this changed when she caught wind of the twisted experiments that were being performed on the girl. This prompted her to orchestrate an escape for Lyria, the catalyst that began their sky-bound adventures with Gran. As skilled as she is logical, she is a compelling ally who lacks only a sense of direction—and any sort of talent for cooking.

A Harvin knight who serves as captain of the Lumiel Order of Holy Knights.
Strict with herself, but kind to others, she’s earned the trust of all her comrades and possesses superlative martial skills. But she also has a childish side, evidenced by her love of the Little Skyfarer’s Lunch, a famed kid’s meal popular throughout the skydoms.
With gusto she swings the Claíomh Solais—a shining blade nearly the same size as its wielder—easily felling monsters that are ten times her size.

A dual-wielding master swordsman who serves as the captain of the Order of White Dragons of Feendrache Kingdom. If danger would rear its ugly head in the kingdom he so loves, he would risk both life and limb to see it defeated. Despite this, he can never seem to keep his room clean.
He rushes across the battlefield at blinding speed, a flurry of shining, crystalline slashes. Those who set eyes on this fighting style immediately recognize why he was made captain of his order.

An Erune girl who once resided on the Mist-Shrouded Isle. She became a spirit at the moment of her death. This grim transformation occurred while she was waiting for her frail sister to return home, a period that had lasted well past her death. At Gran and Lyria’s behest, she sets out on a journey to discover the whereabouts of her now-grown sibling. In addition to the crack of her whip, she fights with the faithful bite of her ghostly pets, overwhelming her opponents with phantasmagoric assaults.

The game will be released in 2019 for PS4, and it’s developed in Unreal Engine 4 by Arc System Works of DragonBall FighterZ, BlazBlue and Guilty Gear fame.

Moving on to Granblue Fantasy Relink, of which we saw a new trailer and some spectacular gameplay, we don’t have a release date just yet, but we know it’s coming for PS4.

Characters revealed so far are Gran and Djeeta (who can be selected as male or female protagonist), Lyria, Vyrn, Katalina, Rackham, Io, Eugen, and Rosetta. We also see the reveal of the first primal beast, Furycane.

Below you can check out the screenshots, and a direct-feed version of all footage showcased today.