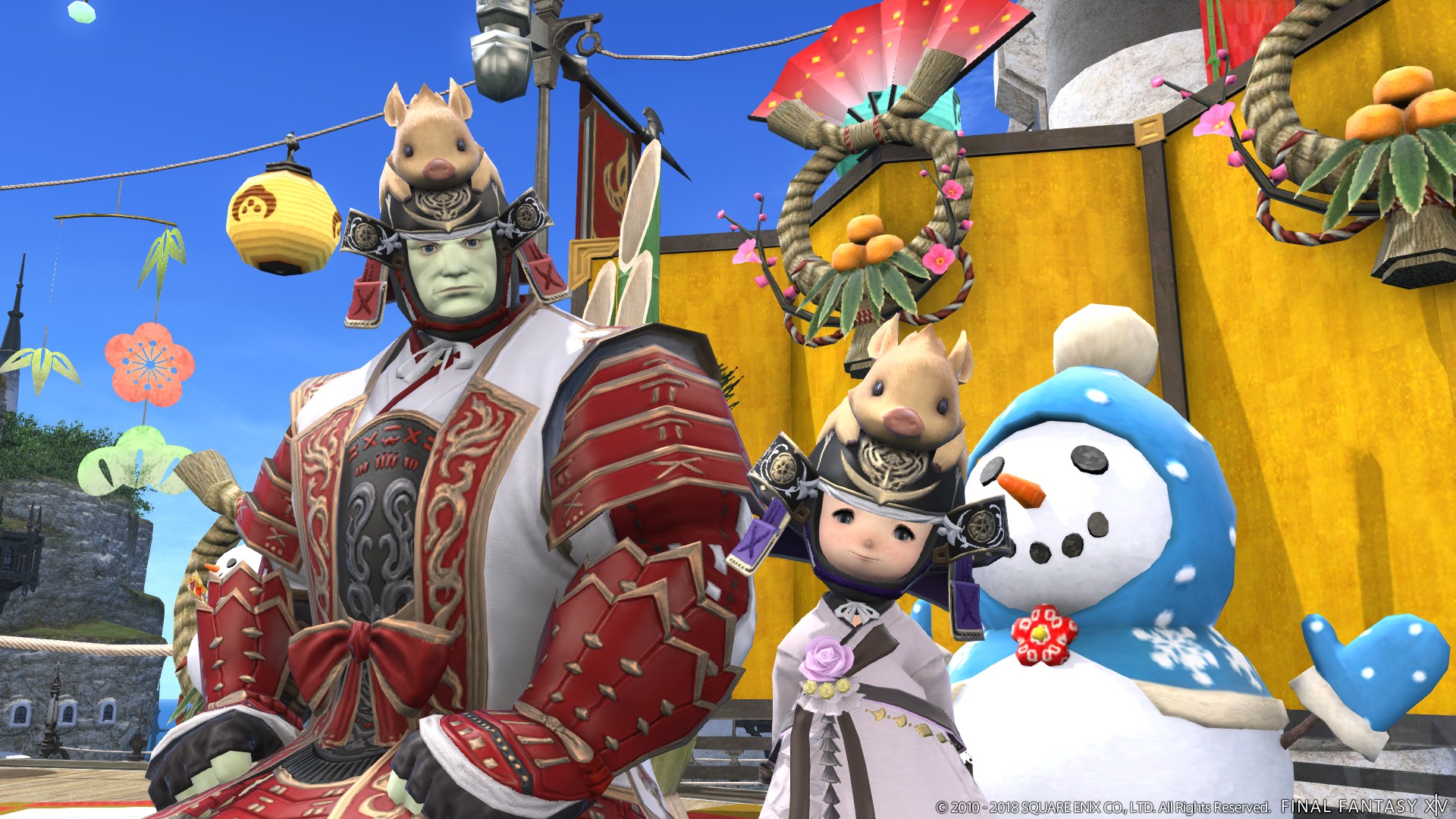 Like every New Year, it’s going to be Heavensturn, which has traditionally rewarded players with themed Japanese samurai helmets named “Kabuto” all the way since 1.0.

While this time we won’t get another legendarily awkward hat like the one we got in 2016, which literally put a monkey’s bum on our heads, trendy Eorzeans will soon be able to walk around with pigs on their noggins.

Heavensturn is traditionally inspired by the Chinese year, and 2019 is going to be the year of the pig.

In order to enjoy the event, players will have to report to the Inoshishi Bugyo at Limsa Lominsa’s Upper Decks starting on Dec. 31 at 7:00 AM PST. The event will continue until 6:59 AM PST on Jan. 15.

On top of the aforementioned pig hats (coming in Inoshishi Kabuto and Crimson Inoshishi Kabuto varieties), we’ll also be able to grab a Boar Head’s Kadomatsu for our houses. Oh, wait. It’s supposed to be a boar? Oh, whatever. Boars are still pigs.

Incidentally, a Kadomatsu is a traditional Japanese New Year decoration.

Before this event begins, you still have a few days to tackle the Starlight Celebration event.

If you want to know more about Final Fantasy XIV, you can check out the latest trailer for update 4.5(which also teased the appearance of Viera in the game), my massive report recapping all the 4.5 info with plenty of videos, and some recent screenshots showing the new trial, emotes, mounts, minions, and hairstyles.