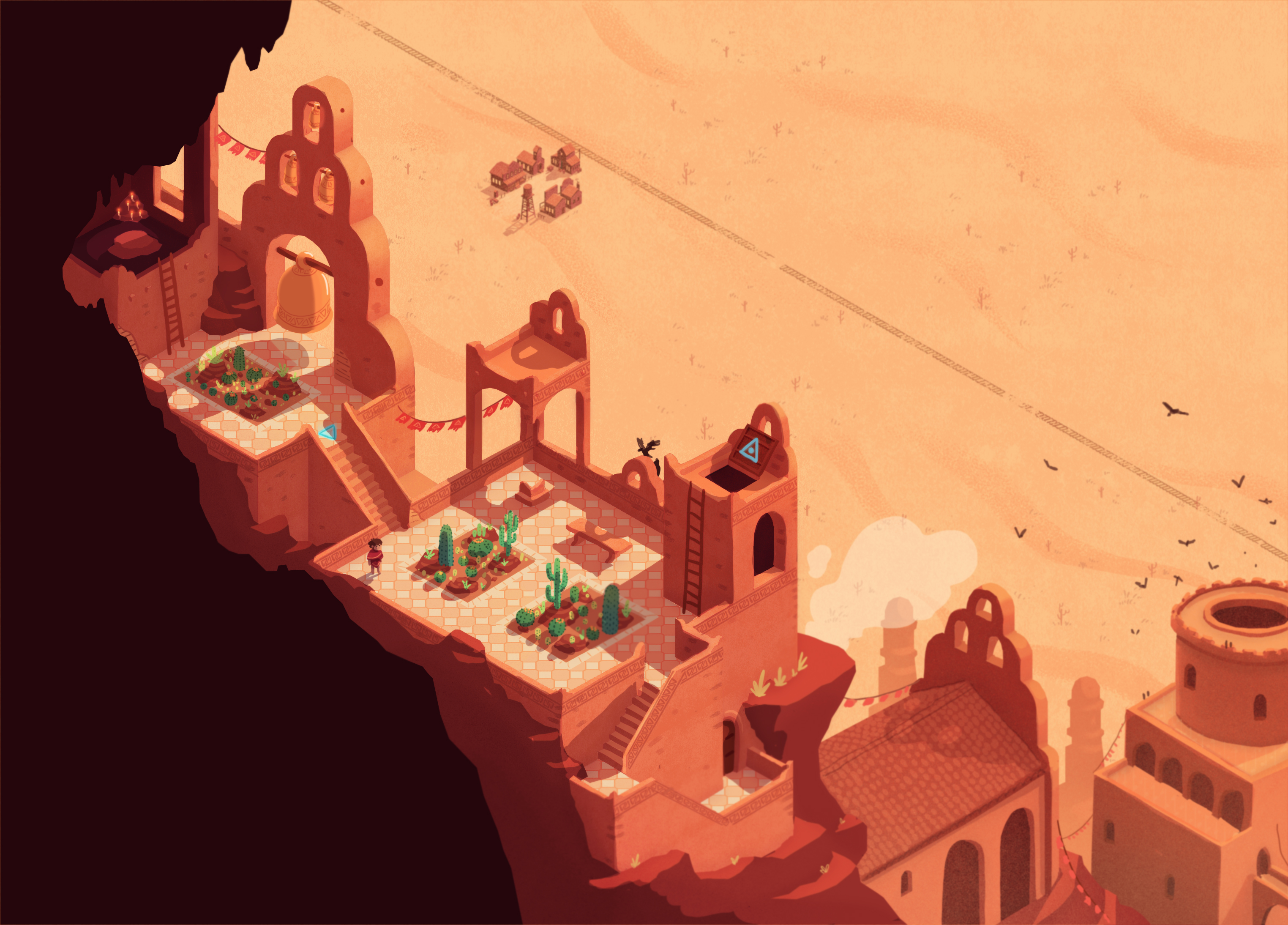 Handy Games has announced today that they will be publishing El Hijo, an upcoming stealth game developed by Honig Studios.  Following this announcement, a teaser trailer was released that reveals a bit about the story.

El Hijo follows a young boy whose mother has left him at a monastery after some bandits attacked their farm.  The child has other plans, however, as he breaks out of the monastery in order to go on a search for his mother and be reunited across a landscape inspired by the American wild west.

What makes this game unique is its status as a non-violent stealth game.  Instead of using the assassinations and stealth attacks common to the genre, the protagonist must instead focus on navigating the isometric levels by strategically hiding within the environment, solving puzzles, and using toys in a pinch to keep enemies distracted.

Handy Games is a team from THQ Nordic that specializes in developing and publishing smaller projects, with previous titles including Sine Mora and Giana Sisters:  Twisted Dreams.  Honig Studios is a small team from Berlin whose earlier work includes a number of mobile applications.

While no exact release date has been announced at this time, the Steam page listing suggests El Hijo is aiming for a window around the middle of 2019.  The title will be released on PC, Mac, and consoles.  For more information, visit the game’s website.