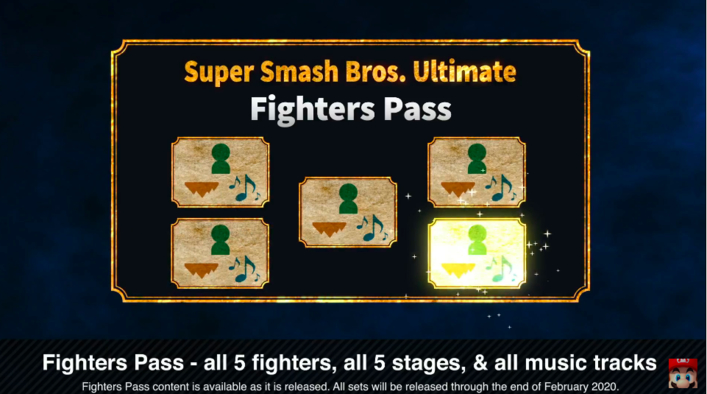 During the final Nintendo Direct presentation for Super Smash Bros. Ultimate, Masahiro Sakurai announced that downloadable content is confirmed to be in development.

The roster for Super Smash Bros. Ultimate is already huge as heck, but this is Smash Bros. and the door never fully closes when it comes to additional content.

Nintendo will be selling packs that will go for $6.99 and will include 1 fighter, 1 themed stage, and multiple music tracks to go along with it. If you’re a diehard Smash fan, then Nintendo will also be offering a season pass of sorts appropriately called “Fighters Pass,” which will cost $24.99 and will allow you to receive all five sets of fighters as they are released, saving you a couple bucks at the end of the day. All Fighters Pass content will be released by February 2020.

Super Smash Bros. Ultimate will launch for the Nintendo Switch on Dec 7, 2018. During the presentation, Nintendo also showed off two new characters that will be added to the roster as well as improvements to the online multiplayer mode.