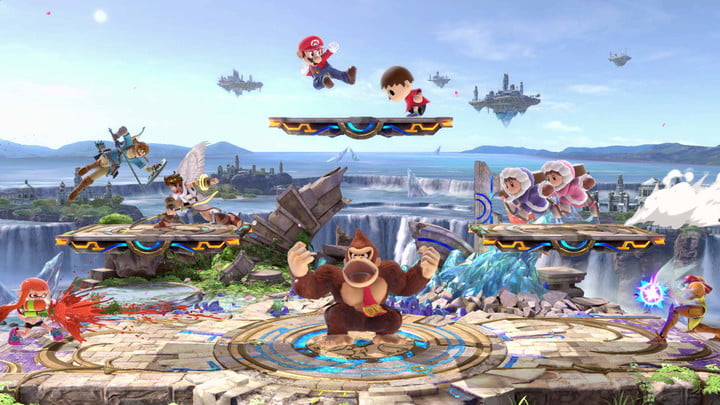 Super Smash Bros. isn’t just dream matches between Wolf and Lucario with Smash Balls. The games thrive on their competitive nature, and Super Smash Bros. Ultimate has a few reworked features for gamers who love to pit themselves against challenging opponents.

In Smash games past, players were somewhat limited in how they fought online opponents. Matches were divided into one-on-ones, two-on-twos, and free-for-alls; and even those were divided into simple For Glory and For Fun matches with static rule sets. If you wanted a chaotic coin match where Super Mushrooms and Assist Trophies spawned every five seconds, you were out of luck.

Game modes aren’t the only features that will receive a face lift in Super Smash Bros. Ultimate. Global Smash Power, or GSP, will also be reworked. As with previous games, GSP will show how you stack up against the competition. A GSP of 100,000 demonstrates you’re better than 99,999 other players, and as more players join and you get better or worse, your GSP will change accordingly.

Smash Bros. Ultimate is sizing up to the the biggest fighting game in Super Smash Bros. history. Each title provides more features, more characters, and more ways to play. Ultimate’s quality of life improvements will no doubt sit well with players of all types, be they competitive or just looking for a relaxing (and smashing) good time.