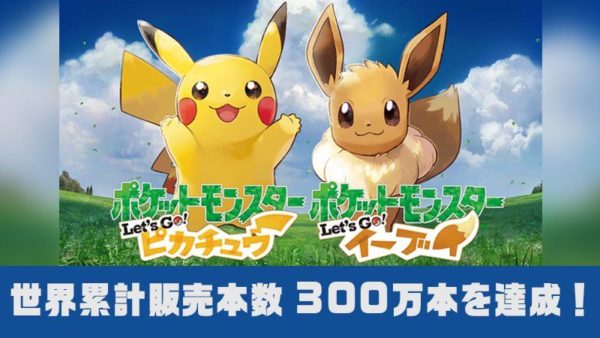 Today the official Japanese Twitter account of the franchise made a celebratory post mentioning that the games shipped three million copies worldwide in their first week on the shelves since they released on November 16th.

We also learn that the number means that the new twin entries in the Pokemon franchise broke the record for the best first week achieved by a Switch game so far. That’s certainly not bad.

Yesterday we also learned that a nice chunk of these copies was shifted in Japan, where Pokemon: Let’s Go, Pikachu! and Let’s Go, Eevee! sold through to customers 661,000 units in a few days according to Media Create.

Considering what our very own Zhiqing mentioned in her review, the commercial success certainly appears to be well deserved.

If you want to read more about the games, you can check out Greysun’s opinion on their rather youthful nature, our guide on how to grab Alakazam, and the one explaining how to get Moltres. You can also watch the accolades trailer from yesterday.