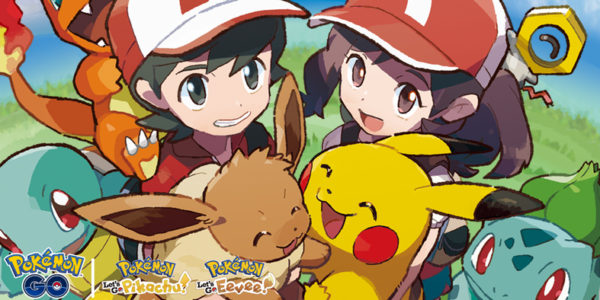 I’ve loved Pokemon ever since the release of Pokemon Red back in the late ’90s. You could say that it was my first video game ever, the first game that I actually finished and because of that, the Kanto region means a lot to me. Picking which starter Pokemon I want, defeating all of the gym leaders, and eventually becoming the Elite Four champion meant a lot to my six-year-old child self.

It’s been about 20 years or so since then and with the release of Pokemon Let’s Go Pikachu and Let’s Go Eevee, I’m now able to relive my childhood once again, but this time with cleaned up visuals, new mechanics, and a boatload of necessary quality of life changes.

These changes might have made going through Kanto much much easier; some may say Let’s Go is “baby’s first Pokemon,” but easiness aside, it’s the best way to experience Kanto and the best way for any newcomer –young or old– to jump right into this world-renowned JRPG series.

Taking out HM’s, removing abilities, the absence of random encounters and the Pokemon Go catching mechanics implemented into these Switch games makes the adventure throughout Kanto much easier and leaves not much room for player error. Game Freak also brought back experience share, meaning that every Pokemon in your party gets experience from Pokemon catches and battles, completely removing the grind that was present in the original Game Boy games.

While these changes take out the challenge that veteran players long for in a Pokemon game, it fits this spin-off perfectly and to be honest, it just works. The removal of that slow grind and those unnecessary extra hours of walking through the tall grass is much-needed. Being able to level up quickly and change your party of Pokemon on the fly gives Let’s Go a theme of freedom and ease, which hasn’t been done for the Kanto region, ever. Plus, being able to see Pokemon all over the place gives Kanto so much more personality and gives the region life and me, utter joy.

It doesn’t lack post-game content either. There are 151 Master Trainers to defeat –each with a level 100 version of every Kanto Pokemon– which should keep more hardcore players, and old-school vets occupied for a while after beating the game.

I can assure you that Pokemon Let’s Go is most definitely a game for kids, but what’s wrong with that? With so many dense AAA games coming out this year, Let’s Go is a much-needed change of pace. It’s easy, it’s fun, and it puts a huge smile on my face, so for that, it’s the baby game that we all need and the game that everyone should be playing this holiday season, Poke’ fan or not.