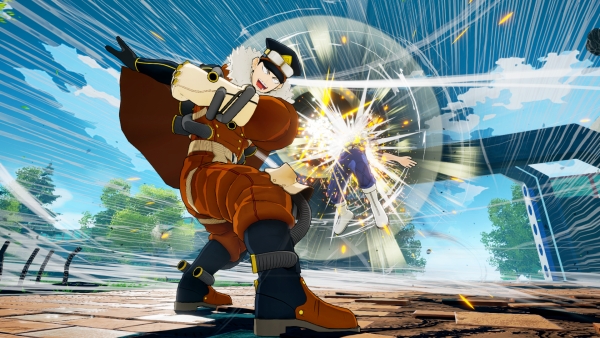 The next DLC character for My Hero One’s Justice, Inasa Yoarashi, will arrive on Nov. 14, Bandai Namco has announced. The first year student at Shiketsu High School sports a unique moveset built around his wind-based quirk. If you’re unfamiliar with the character, Yoarashi was introduced during the Provisional Hero License Exam Arc, and sports quite a rivalry with Todoroki.

Like with other previous characters in My Hero One’s Justice, Endeavor and Shoot Style Deku, Inasa Yoarashi will come with his own mission pack as well that can be purchased separately. Here’s an overview of the character via Bandai Namco,

“Inasa declined the offer to join U.A. High School, despite appearing at the top of the school’s wish list ahead of Katsuki Bakugo and Shoto Todoroki—instead attending Shiketsu High School, where he is revered as one of the most respected students of his generation.

His whirlwind quirk allows him to manipulate the wind to control the distance between himself and his opponent. Using this power, he has total control of the field—making him an expert at long-ranged attacks.”

My Hero One’s Justice is currently available for PlayStation 4, Xbox One, Nintendo Switch, and PC. For even more on the game and My Hero Academia in general, check out our review of One’s Justice and five features we hope future My Hero games have.