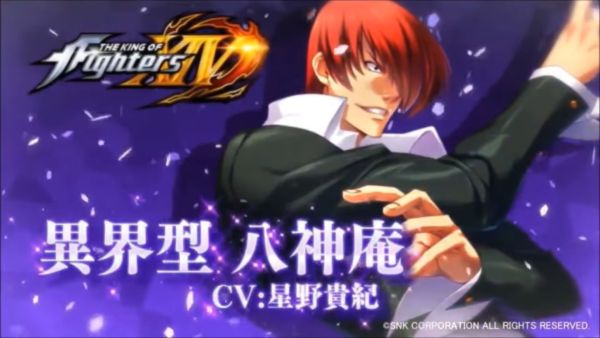 The most interesting element in the video is that we see two of the new characters that will be included in the console release, The King of Fighters’ Iori Yagami and Yamaneko Arthur from Square Enix’s own Han-Gyaku-Sei Million Arthur,

The SNK crossover shouldn’t surprise anyone by now, considering how keen SNK seems to be in lending its characters basically to everyone who asks. This includes Arika’s Fighting Ex Layer and many more games. Square Enix also gave back by proving its own character Thief Arthur to the roster of SNK Heroines: Tag Team Frenzy.

You can check out the video below, and see if it entice you to start pining for a western release. Of course, you’ll read about it here on Twinfinite if Square Enix decides to make a localization announcement down the line.

Million Arthur: Arcana Blood will launch in Japan for PS4 in just a few days, on November 29th. On top of the new characters mentioned above, it’ll also include Koume Saiyama Square Enix’s Lord of Vermillion IV.