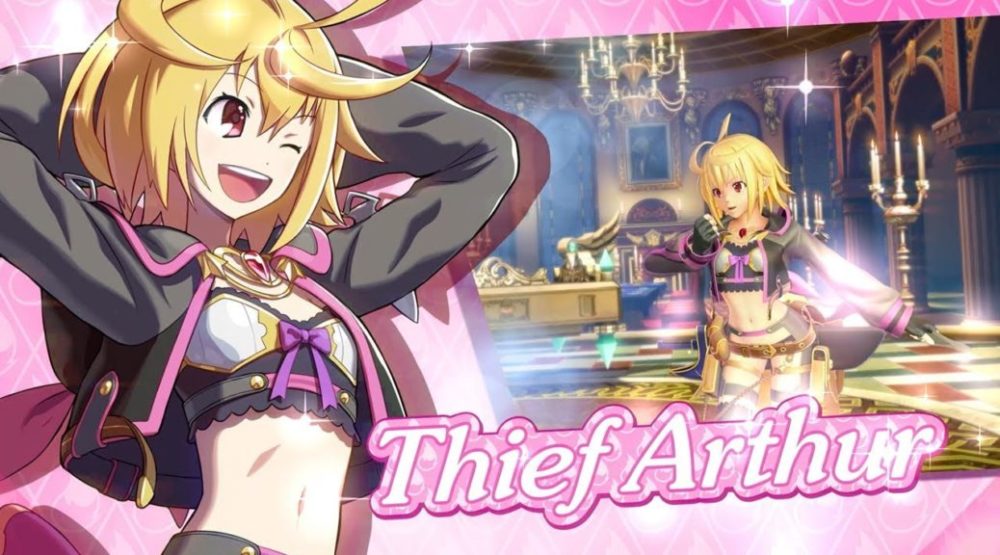 As the title implies, SNK Heroines: Tag Team Frenzy stars a number of different female fighters from across SNK’s history. Although, despite the game’s title, it won’t be solely SNK heroines who will be joining the roster; Square Enix’s Thief Arthur will be heading to the game as its first DLC fighter. She arrives on Sept. 13.

Many of you may not be familiar with the character Thief Arthur (I certainly wasn’t). That’s because she is from a Japan-only series known as Million Arthur. Created by Square Enix in 2012, it is a multimedia franchise that started with the online free-to-play card battle game known as Kaku-San-Sei Million Arthur. Million Arthur has seen several different games as well as a manga and anime series. Thief Arthur hails from the arcade game Million Arthur: Arcana Blood.

From the Million Arthur series, Thief Arthur arrives and steals the show! Once long ago, she infiltrated Camelot to steal some of its legendary treasure, accidentally removed the legendary blade Excalibur, and became king! Her stubbornness gets in the way of showing kindness towards others as well. Now, she arrives in SNK HEROINES ~Tag Team Frenzy~ to swiftly kick, punch, and whack(!) her opponents before snagging their treasure!