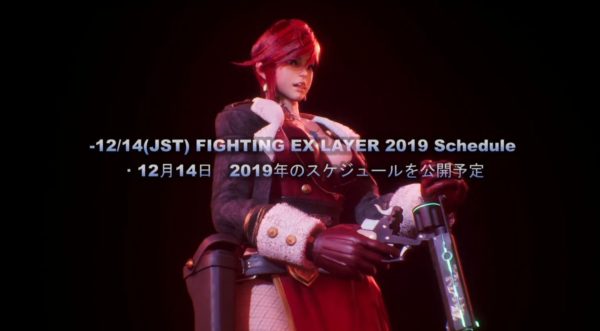 Today Fighting EX Layer developer Arika released a brief trailer dedicated to its fighting game, and it came with a nice little tease.

At the end of the trailer, we get the first look at a returning character that will soon appear in the game, Sharon.

Veterans of the Street Fighter EX franchise (which was developed by Arika as well in collaboration with Capcom) will be familiar with Sharon, who was introduced in Street Fighter EX2. Her release as a DLC character was first teased at EVO 2018.

The trailer also provides a handy schedule for the next two month, mentioning that on December 14th we’ll hear about the developer’s plans for 2019.

You can check out the trailer below. Fighting EX Layer is currently available for PS4.

If you’re interested in fighting games, you can check out our list of the best titles within the genre currently available on PS4.