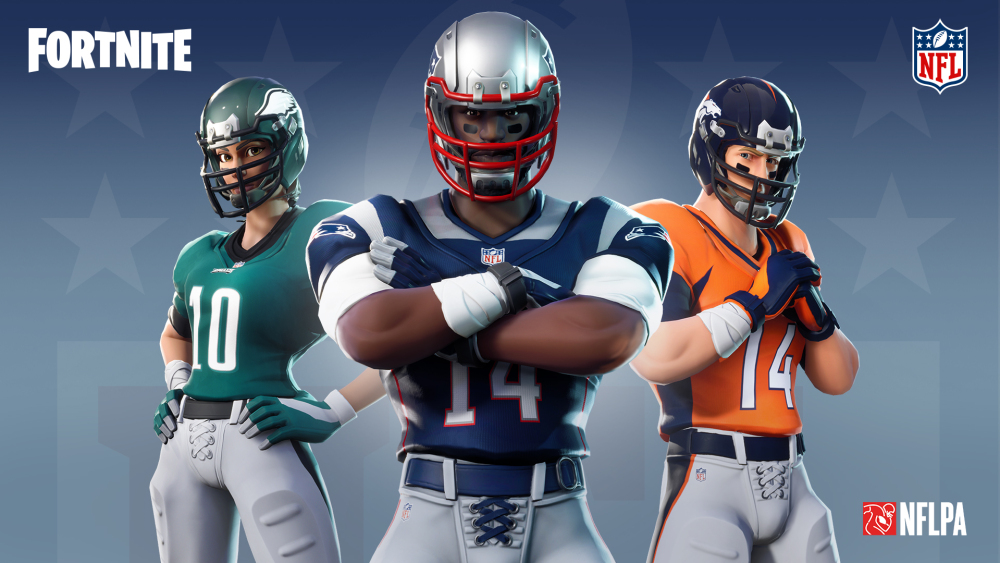 Epic Games and the NFL have announced a collaboration that will bring customizable NFL-themed costumes to Fortnite starting this week.

The costumes will be released for purchase on the Fortnite Item Shop and once players own a NFL Team outfit, they will be able to customize it for each time they play. This means the player can change the represented team and 0-99 jersey number each match, according to a post from the NFL. Players will be able to purchase up to eight costumes and each will be available for both male and female figures.

In addition to costumes, football-themed emotes, tools, gliders and a referee outfit will also be making its way into Fortnite on Friday.

In the post on NFL’s website, NFL Chief Media and Business officer Brian Rolapp said, “We see the popularity of Fortnite every day at the NFL as many of our players are passionate about this game. This partnership represents a great opportunity for millions of NFL fans who are Fortnite players to express their fandom inside the game while at the same time exposing our brand to countless others.”

In the same post, Epic Games co-founder Mark Rein added, “We have so many football fans at Epic and we know a lot of the game’s fans share that same enthusiasm. Allowing our players to represent their favorite teams in the game was too cool of an opportunity for us to pass up, and we couldn’t be happier with how they turned out!”

You’ll be able to represent your favorite team during your Fortnite matches starting this Friday, Nov. 9 at 7 p.m. EST. For more on Fortnite, read our stories on the crazy ending to Fortnitemares and the game’s download numbers on Switch.

Fortnite Battle Royale is available now on Xbox One, PS4, PC, Nintendo Switch, iOS, and on some Android devices.