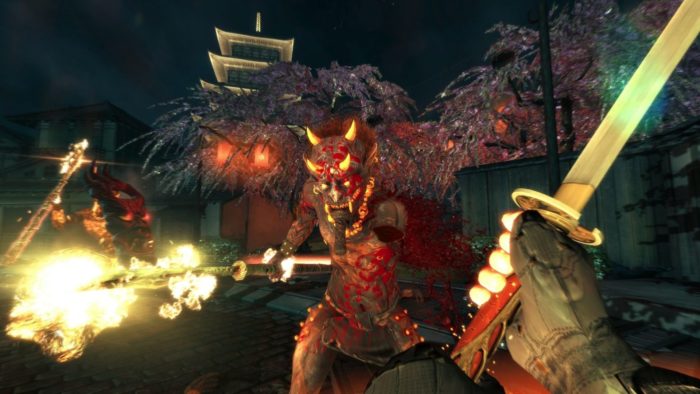 The giveaway is happening as part of GOG’s 10th anniversary, where users were able to vote on one of three games to claim for free earlier this week. The other two games that did not win the vote were Campo Santo’s Firewatch and Superhot by the Superhot Team. The two games are currently on sale at 75% and 50% off, respectively, alongside other new and classic games offered by the service.

GOG users can head over to the game’s store page to claim the free offer, though it will only be available until Saturday, Oct. 6. The game download is free of any DRM so it is literally downloading an installer file to install the game straight to the computer, no external launcher like Steam required. GOG does have its own optional installer, GOG Galaxy, which recently added cloud saves to the platform.

Shadow Warrior 2 is the sequel to 2013’s Shadow Warrior, which was a reboot of the 1997 first-person shooter. Our review praised the game for its fast action, plentiful upgrades and four-player co-op, but was held back by its stale jokes and little connection with the previous title.