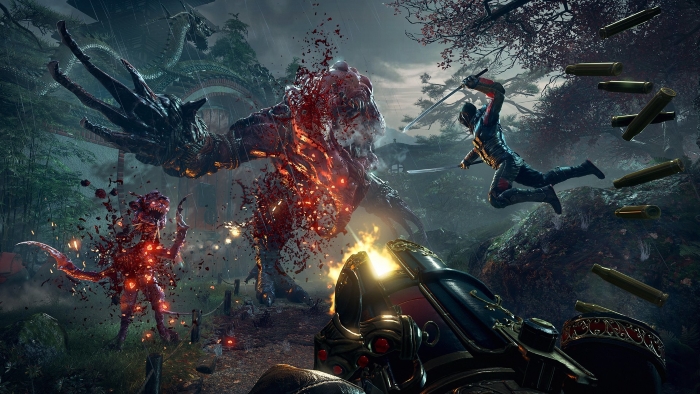 DRM-free digital marketplace GOG is marking its 10th anniversary with a giant sale, feature game bundles, and by giving away free copies of one of three potential games.

CD Projekt, The Witcher publisher and GOG owner, created the digital distribution platform in 2008 under the name Good Old Games. The idea was to sell classic PC games without paying exorbitant prices for used copies or resorting to piracy, while further developing them to work with modern computers.

The company itself was created in 1994 to combat piracy and bootlegging in Poland by importing rights from publishers and localizing in-game text and voice lines alongside physical instruction manuals. The site was then rebranded in 2012 to GOG.com once modern and newly released games were being added to the store.

The anniversary sale features plenty of discounts on new and old DRM-free games, including Into the Breach, Hollow Knight, and Return to Castle Wolfenstein. The store features collections of games for a fixed price, such as Another World, Dungeon Keeper 2, System Shock 2, and Theme Hospital for $5.

GOG is also allowing users to vote on one of three games to be given away on Thursday, Oct. 4. The games are Firewatch, Shadow Warrior 2, and Superhot. The sale begins today and will end on Sunday, Oct. 7.