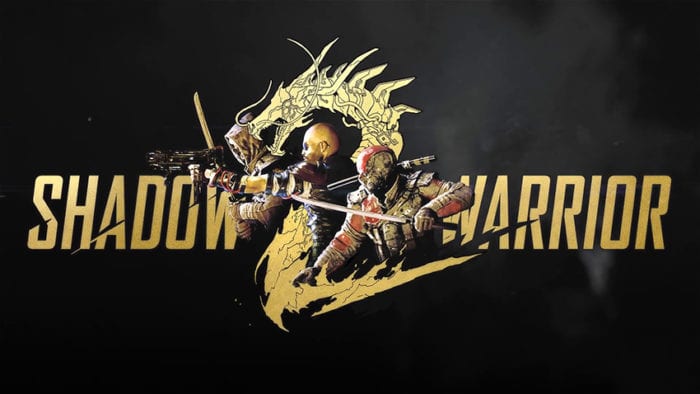 As one of the most prominent rising genres in the last decade of gaming, the first-person shoot-and-loot style of game has changed the landscape dramatically. From Borderlands’ irreverent humor to Destiny’s epic, sweeping scale, the appeal draws from both the action oriented FPS and the undeniable allure of gathering more and more powerful items. Leaning towards the FPS side of its heritage, we find Flying Wild Hog’s over-the-top sequel, Shadow Warrior 2.

Shadow Warrior 2 picks up 5 years after the events of the first game’s 2013 remake. Following the exploits of the bold, crude-talking modern ninja Lo Wang, the series is known for heavy action, a breadth of devastating weaponry, and jokes involving the word “Wang.” The sequel’s story unfurls in a world that Lo Wang inadvertently helped to create, in which humans and demons live side by side and corruption runs rampant through everyday life.

As Shadow Warrior 2 opens, players find Wang tasked with a simple rescue mission. Sent to free a young scientist from his former nemesis, Orochi Zilla, Wang soon finds himself embroiled in a struggle between his old enemy, the local Yakuza clans, and — naturally — uncountable hordes of twisted demons. If all of this isn’t enough, a deadly new drug called Shade is sweeping the underworld, somehow tied to all of the events unfolding.

As far as gameplay goes, fans of the 2013 Shadow Warrior remake will surely find familiar ground. Lo Wang’s extensive arsenal of guns, blades, magic, and more are back in full force, and players can collect upgrades that can be installed into any of their many options for dealing death. There’s not a lot going on in Shadow Warrior 2 outside of the action, unfortunately, but there’s a relatively good time to be had slicing and dicing the waves of mutated-looking foes.

As far as storyline is concerned, Shadow Warrior 2 is a tenuous and somewhat incomprehensible tale. After rescuing Kamiko, the accomplished scientist, from Zilla, it’s discovered that Zilla’s insane experiment has left her in dire peril. As a last-ditch effort to save her, Master Smith pulls Kamiko’s soul from her body, pushing it into the only nearby vessel — Lo Wang. Here, she stays for most of the game, serving as little more than a foil to Wang’s own lackadaisical approach.

For the first several missions, Shadow Warrior 2 has a great feel to it. The early dynamic between Lo Wang and Kamiko is great, and the action ramps up as players get a feel for the setting and their role in it. After a strong start, though, the game fails to build on its foundation in any meaningful way. Wang remains quick with stale dick jokes, Kamiko fades into a barely-present voice of reason, and the game brings little growth or evolution from one stage to the next.

Shadow Warrior 2 isn’t without a few technical difficulties, either. I had the game crash a couple of times, usually during times when the enemy count was at its peak. Long load times made this more burdensome than it otherwise might have been, but any time you’ve got a game flat-out imploding, it’s not a good look. It only reared its ugly head a few times, but since the game’s primary show of progression and difficulty is upping the body count, it creates issues deeper into the title.

All of this laid out, Shadow Warrior 2 is still mostly enjoyable. The game’s slick damage system, allowing players to dismantle their foes piece by piece, is a fun if not entirely new toy, and the range of weapons available means there’s plenty of ways to try it out. Four-player cooperative play throws another great option into the mix, and surely there’s some hours of fun to be had running madcap with friends in Lo Wang’s bizarre world.

Ultimately, Shadow Warrior 2 is exactly what you might expect based on the prior game. There’s not much change or growth from the previous adventure, and the script grows wearisome, but the gameplay is still fast, bloody, and fun. If you’re a fan of juvenile jokes or simply looking for something that feels like an off-brand Deadpool, it may be perfect for you. Still, with technical issues and a flat story, the $39.99 price on Steam feels like a bit of a reach.