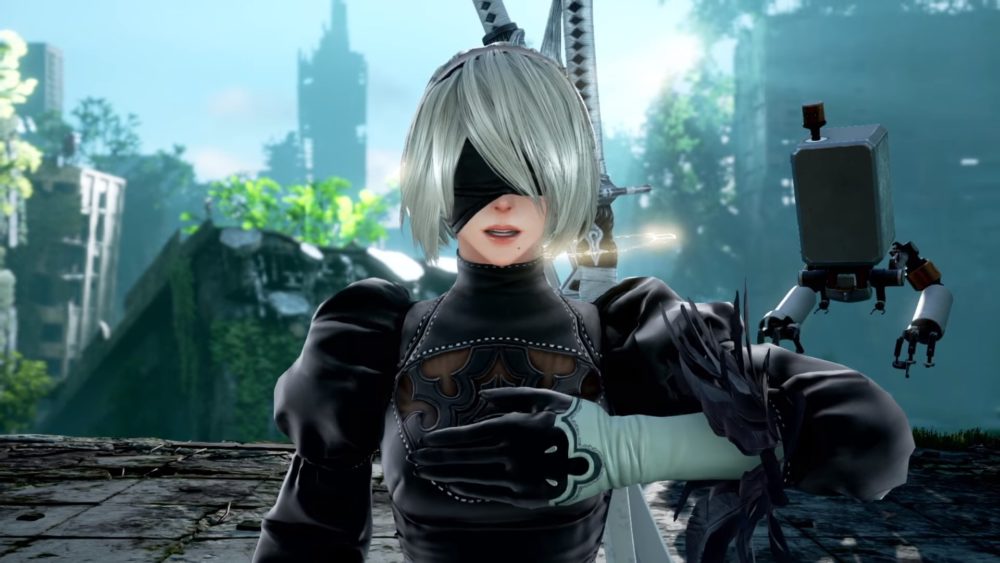 During Paris Games Week Bandai Namco announced a brand new guest character making her way to SoulCalibur VI, YoRHa No. 2 Type B from NieR: Automata. 2B will come armed with her giant dual blades and, much like Geralt, her movest looks like it’s been directly lifted from NieR: Automata. A trailer, which you can see below, shows 2B using some flashy moves and it looks like the character will have some decent range and combo potential.

2B will be available as a new character DLC, or included as part of SouCalibur VI’s season pass. The season pass can be purchased for $29.99, or comes as part of the $89.99 Deluxe Edition.

SoulCalibur VI is currently available for PC, PlayStation 4, and Xbox One.

For even more on SoulCalibur VI you can check out our review and see why we think it’s one of the best games of the year, and why its story mode stands out from other fighting games.

What do you think about 2B coming to SoulCalibur VI? Are you excited to play as the android, or would you have preferred a classic SoulCalibur character? Leave a comment below and let us know.