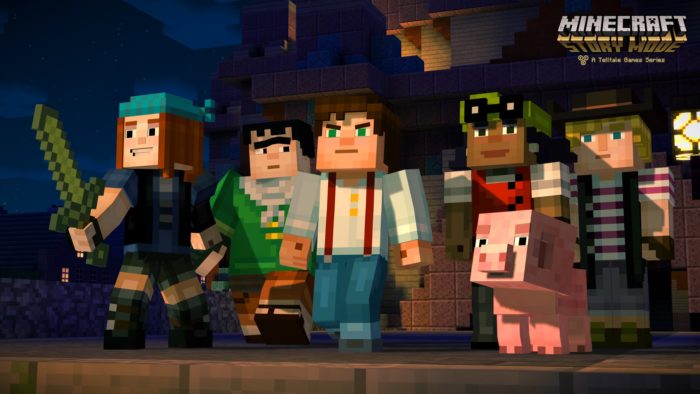 Update: The original report that spoke on this news has since been corrected in a tweet by its writer. Minecraft: Story Mode was actually originally meant to be T-rated. The title of our news on this has been altered to reflect the updated news.

Quick correction- despite what I’d heard from others at the studio, the original Minecraft:Story Mode was intended to be T, not M. I played it, & it was not appropriate for young kids… but not that raunchy. My deepest apologies for the wrong information.https://t.co/EFWhYBqiZP

Original post follows: Telltale Games’ Minecraft: Story Mode was originally rated M, for Mature, according to a former employee. Emily Grace Buck, a former narrative designer at Telltale, spoke about Minecraft and much more this week at Sweden Game Conference.

Specifically, Minecraft: Story Mode Episode 1 and 2 were M-rated and had to be largely rewritten. Telltale Games has effectively shut down, and Buck believes a misunderstanding of their audience was a large part of their problems.

Furthermore, that wasn’t the only game that had a shift in tone seemingly the opposite direction of the source material. Conversely to Minecraft, Guardians of the Galaxy had to be rewritten with less humor. Buck said that rewriting between 60 and 90 percent of a game was a normal occurrence at the company.

Buck said that not only did the executive team at Telltale seem to misunderstand their own audience, but they also had an “unwillingness to listen.” She claimed that if people fought too hard, they would be replaced or let go.

These problems highlight some of the complex troubles that brought about Telltale Games’ abrupt September layoffs and subsequent closure. Buck stated that many former employees are still looking for work. She also spoke positively about the games industry potentially starting a union.